NRA getting clobbered in spending by gun control groups as support for new legislation increases: report 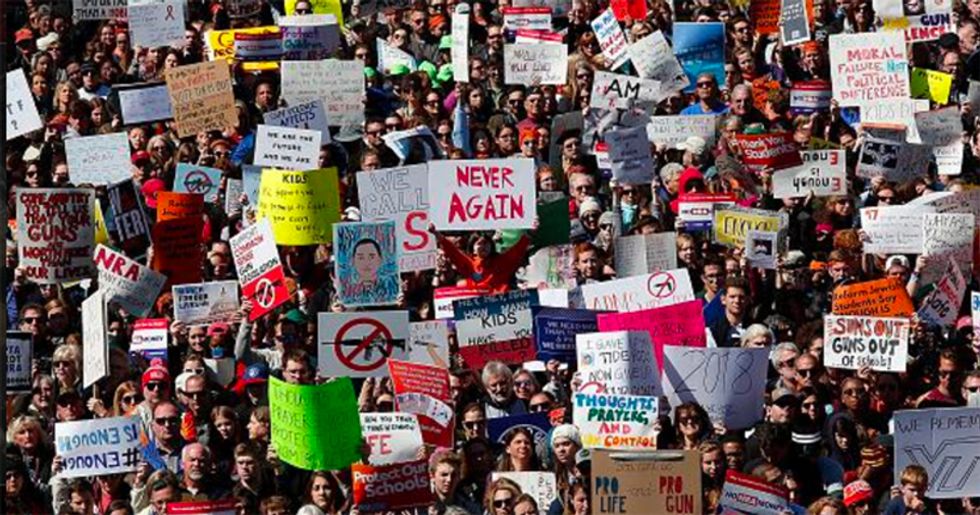 March for Our Lives crowd -- screenshot

On Saturday, Newsweek reported that the National Rifle Association is badly losing the campaign funding war to gun control groups promoting new legislation in the wake of the mass shootings in El Paso, Texas and Dayton, Ohio.

OpenSecrets.org shows that groups like Giffords and Everytown for Gun Safety have spent nearly $2 million on a campaign urging the public and Congress to support universal background checks and a federal "red flag" law allowing temporary confiscation of firearms from people deemed a risk to themselves and others.

By contrast, the NRA — which has spent the last year roiled by financial and legal troubles — has not launched a countercampaign at all, let alone matched their funding.

One of the most significant increases of gun control support came from a five-point increase in support for permit-to-purchase, which requires anyone wishing to buy a gun to obtain their license to carry it before doing so. A recent Johns Hopkins University study suggested this is the only type of gun purchasing law that significantly impacts homicides.

Senate Majority Leader Mitch McConnell (R-KY) has said he plans to debate background checks when the Senate reconvenes. But President Donald Trump, despite  having initially said he was open to the idea, reportedly has promised the NRA that it is "off the table."