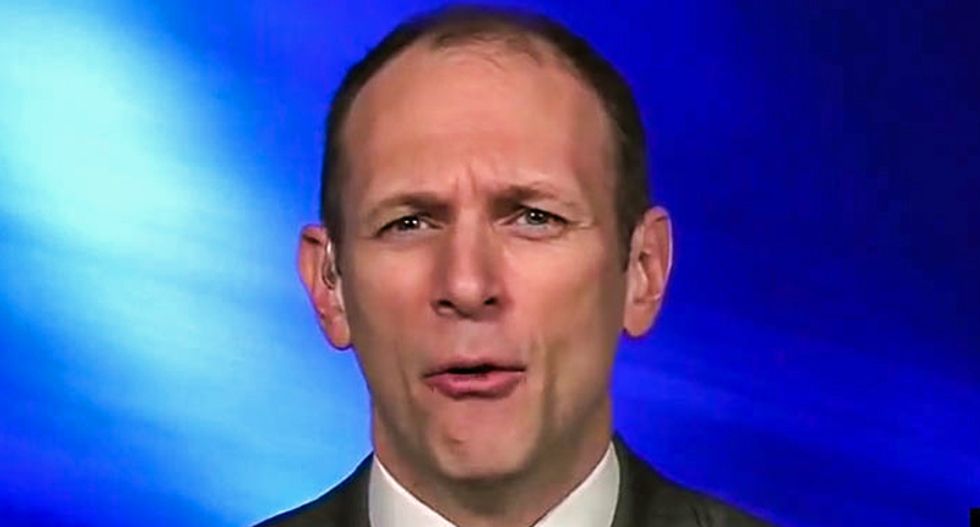 The former chair of the Council of Economic Advisers under President Barack Obama warned of "a very high chance" of Trump's trade war with China resulting in a recession -- "just in time for 2020."

Austan Goolsbee was interviewed by MSNBC's John Heilemann on Friday after the DJIA closed down over 600 points after the trade war escalated on Friday.

"Just give us, if you would, Austan, your sense of what has unfolded today and how bad it is," Heilemann asked.

"Yes, it’s terrible, I'm phoning from a bunker as we speak," Goolsbee replied.

"There hasn’t been a day like this in a very long time. Yes, the markets sell a lot but the fact we’re going to have an escalating trade war, the president of the United States is publicly declaring the head of the Fed an enemy of the state and, oh, by the way, 40% of the Amazon is on fire and Ruth Bader Ginsburg is being treated for pancreatic cancer," he continued. "If this is on a Friday, it makes it bad for Monday."

"Now we've crossed some threshold that it’s clear the Chinese government is wanting to escalate the conflict rather than deescalate it. That, as we have seen President Trump’s behavior many times, if somebody escalates behavior, he wants to escalate back, and I think the reason the stock market reacted as badly as it did is there’s no lower bound to how that bad that can be," he explained. "If we escalate that trade war -- we’re already teetering on the edge of recession -- and if you get in a full-blown trade war between the two biggest economies in the world, we will both have a recession. There’s no doubt about it."

"The rest of the world is slowing, as they’re going to discuss at the G7 meeting that the president is headed to, and to add this on top of it I think is a very high chance this could drive us into recession just in time for 2020," he warned. "I don’t know what the president is thinking."

Shortly after the segment ended, Trump announced he was raising tariffs on over half a trillion dollars of Chinese goods.