Ocasio-Cortez says the electoral college system is a racist scam 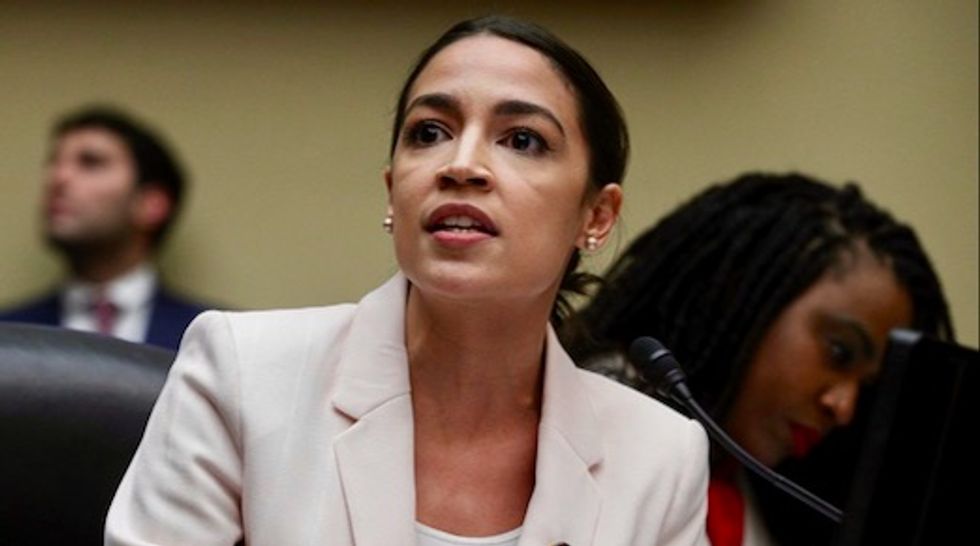 "Many votes here as you can see," Ocasio-Cortez said, showing a vast empty landscape. "Very efficient way to choose leadership of the country."

Rep. Alexandria Ocasio-Cortez injected humor into her commentary on the Electoral College, which she posted on Instagram Monday night, but her message was serious: the 232-year-old system which allowed Presidents George W. Bush and Donald Trump to win their elections with less support from voters than their Democratic opponents, gives precedence to white people's votes over those of people of color.

The progressive New York Democrat narrated a video taken from a car driving through a stretch of an empty desert road, showing no houses, cars, people, or businesses—saying the image illustrated why the Electoral College should be abolished in favor of of a "one person, one vote" system.

"We're coming to you live from the Electoral College," Ocasio-Cortez said in the video. "Many votes here as you can see. Very efficient way to choose leadership of the country."

The freshman congresswoman went on to call the Electoral College a "scam" and a holdover from the so-called democracy of the 18th and 19th centuries, during which "the Founding Fathers also brought you the 3/5th compromise, [denied] women the right to vote, and wealthy landowners [had] disproportionate political power."

"The first attempts at establishing our nation actually denied rights to pretty much everyone, including lower-income white men," Ocasio-Cortez wrote in her Instagram Story post.

Fifteen states and the District of Columbia have joined the National Popular Vote Interstate Compact, which would give the electoral votes of all the member-states to the winner of the popular vote in a general election. Currently, the Compact has a total of 196 electoral votes and needs 270 to take effect in the 2020 election.

While proponents of the Electoral College insist that each state must have a set number of votes corresponding to their populations in a national election in order to keep large states from having too much power and ensure that rural voters are not forgotten by candidates, Ocasio-Cortez suggested that conservatives actually want the system kept in place in order to give white voters a greater say in who wins elections.

"Due to severe racial disparities in some states the Electoral College effectively weighs white voters over voters of color," the congresswoman wrote.

"The rural representation argument doesn't hold up either," she added, "as there are rural parts of virtually every state, and popular vote elections show that candidates still visit and center rural communities' needs."

"Facts are facts, America," Ocasio-Cortez said. "The Electoral College has to go."