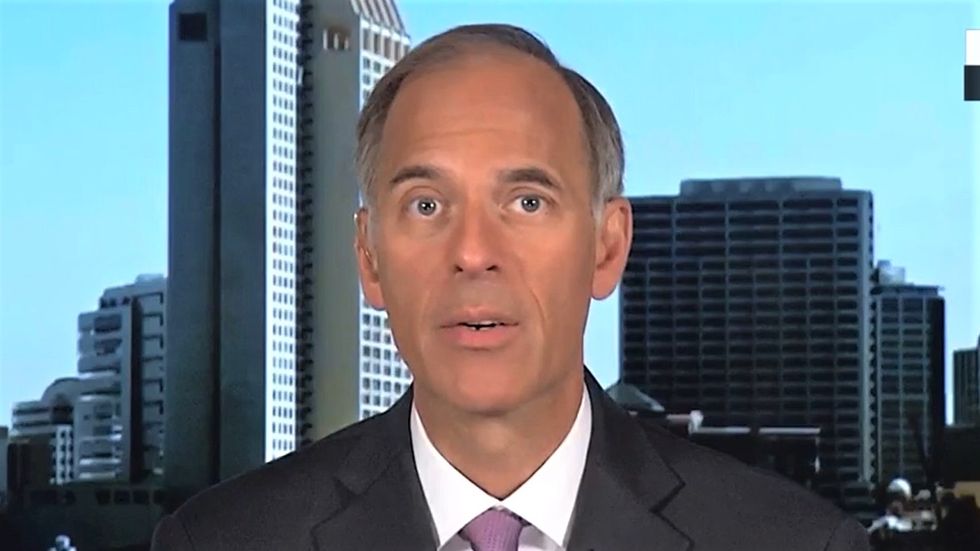 While discussing Trump's surprise announcement on Thursday that he would be placing a new 10 percent tariff on $300 billion worth of Chinese goods, Zandi argued that this new tax increase could be a tipping point that sends the economy on a downward trajectory.

"If the president follows through on these tariffs, that is the fodder for recession," he said. "Business people are already very, very nervous about what's going on. They pulled back on their investment spending, the next thing is they're start pulling back on their hiring. Once they do that, unemployment will rise and that will be a problem."

CNN host Poppy Harlow seemed taken aback by Zandi's claim that a recession is looming, but he didn't back down when she pushed back on his analysis.

"I think the odds [of a recession] are high," he said. "I think the tariff war is going a lot of damage to the economy. It hasn't shown up yet in terms of jobs, you can see parts of it in manufacturing, transportation and distribution. So far it hasn't happened, but this next round is going to be too much for businesses to bear."