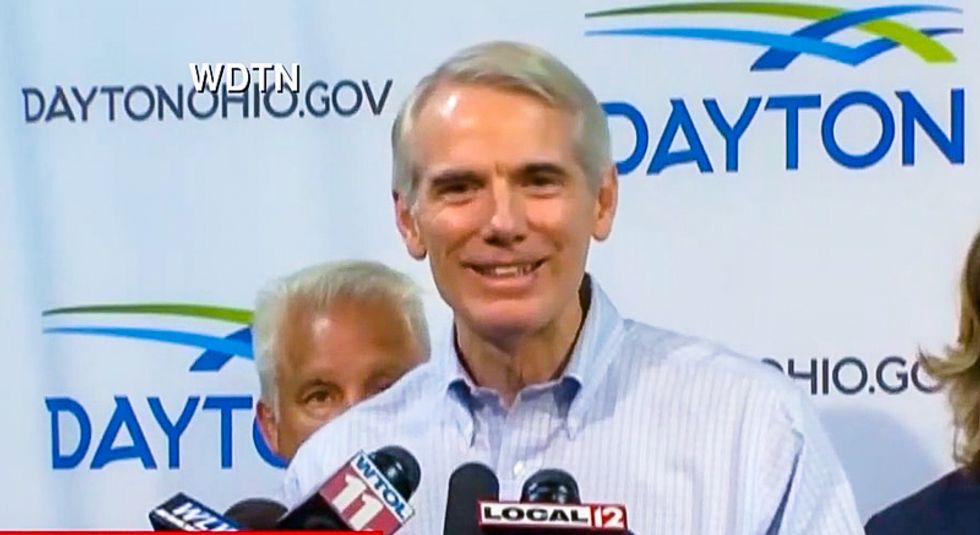 At a Sunday press conference in Dayton, Portman reacted to the shooting that left nine dead at a nightclub.

"But I will say there’s something deeper going on here," Portman continued. "And if you look at the suicide rates, if you look at the addiction rates, this community has done a good job in responding to it, but it’s been at ground zero in terms opioid crisis as well."

Portman wrongly suggested that "mental health," not guns, are the culprit in 75 percent of mass shootings.

"If you look at the mental health crisis in our country today, there aren’t enough laws, and in fact no law can correct some of the more fundamental cultural problems we face today as a country," he said.

In a subsequent answer, the Ohio senator repeated his warning about opioids and suicide rates.

According to the Center for Responsive Politics, Portman has received more than $3 million from the National Rifle Association (NRA), which vigorously fights gun legislation.