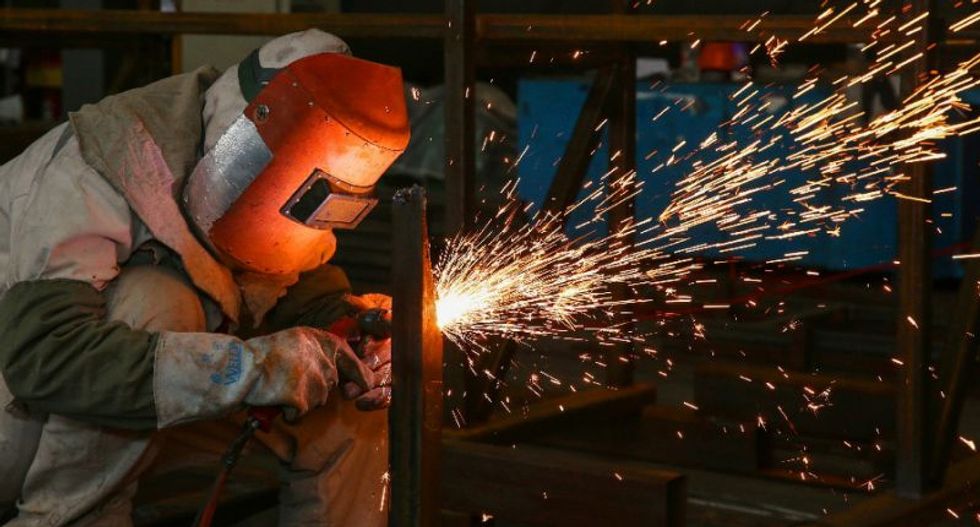 Manufacturing only accounts for about 12% of the US economy, but it is slowing as global demand, especially in China, declines, according to new government data (AFP Photo/STR)

The closure of a General Motors factory in Lordstown, Ohio is dealing a massive blow to a town that has been hit hard by globalization.

The Guardian reports that residents of Lordstown are reeling in the wake of the plant's closure, which further eroded the number of well paying jobs in the area.

Local resident Patricia Galgozy tells the Guardian that she has watched the economic situation in the area deteriorate for decades now.

"People can’t find jobs, in my own family," she explains to the Guardian. "You cannot find jobs around here many times. It does concern me. It makes me sad."

Al Tate, who lives in the nearby city of Warren, tells the Guardian that the plant's closure will have ripple effects throughout the entire region.

"The impact is going to hurt everybody in the community, little by little," he says. "They’re hurt now and they’re going to hurt worse later after their [unemployment] benefits stop."