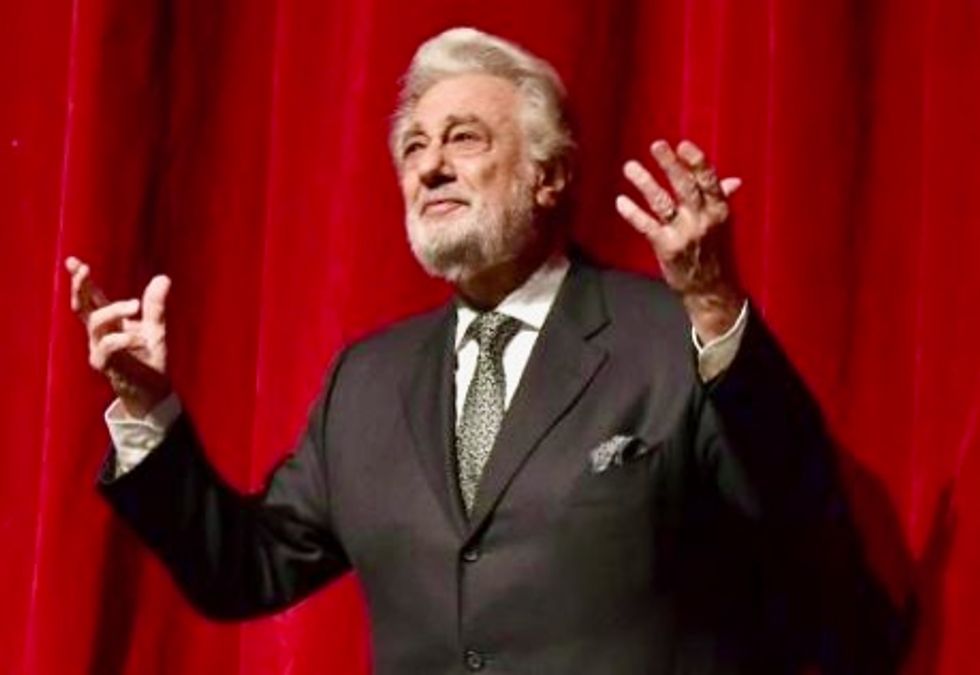 Opera great Placido Domingo defended himself against multiple allegations of sexual harassment Tuesday, insisting that he believed all interactions and relationships throughout his long career "were always welcomed and consensual."

In a report by the Associated Press, several accusers, one of whom was identified, accused Domingo of trying to use his position as one of opera's most celebrated singers to pressure them into sexual relationships.

Eight singers and a dancer told the news agency that they were sexually harassed in incidents going back to the 1980s. One said Domingo had put his hand down her skirt while three said he had forcibly kissed them.

Some said they felt their careers had been damaged by rejecting his advances.

"The allegations from these unnamed individuals dating back as many as thirty years are deeply troubling, and as presented, inaccurate," Domingo said in a statement sent to AFP via his publicist.

"Still, it is painful to hear that I may have upset anyone or made them feel uncomfortable ? no matter how long ago and despite my best intentions," he added.

Spanish-born Domingo was one of the most recognized tenors of the 20th century, starring in the Three Tenors alongside Luciano Pavarotti and Jose Carreras.

In recent years the long-time married singer has transformed himself into a baritone and still performs to packed audiences at the age of 78.

"I believed that all of my interactions and relationships were always welcomed and consensual. People who know me or who have worked with me know that I am not someone who would intentionally harm, offend, or embarrass anyone," he said.

"However, I recognize that the rules and standards by which we are ? and should be ? measured against today are very different than they were in the past.

"I am blessed and privileged to have had a more than 50-year career in opera and will hold myself to the highest standards," he added.

Domingo has made more than 100 albums and picked up 14 Grammy awards. Earlier this year he celebrated his 4,000th performance in a career that stretches back 60 years.

Domingo has spent most of his later career in the United States as director general of the Los Angeles opera.

The allegations against Domingo are the latest in a series of sexual harassment claims made against high-profile entertainment personalities, which have become known collectively as the #MeToo movement.

They have seen television icon Bill Cosby jailed, with movie mogul Harvey Weinstein awaiting the start of his trial next month.