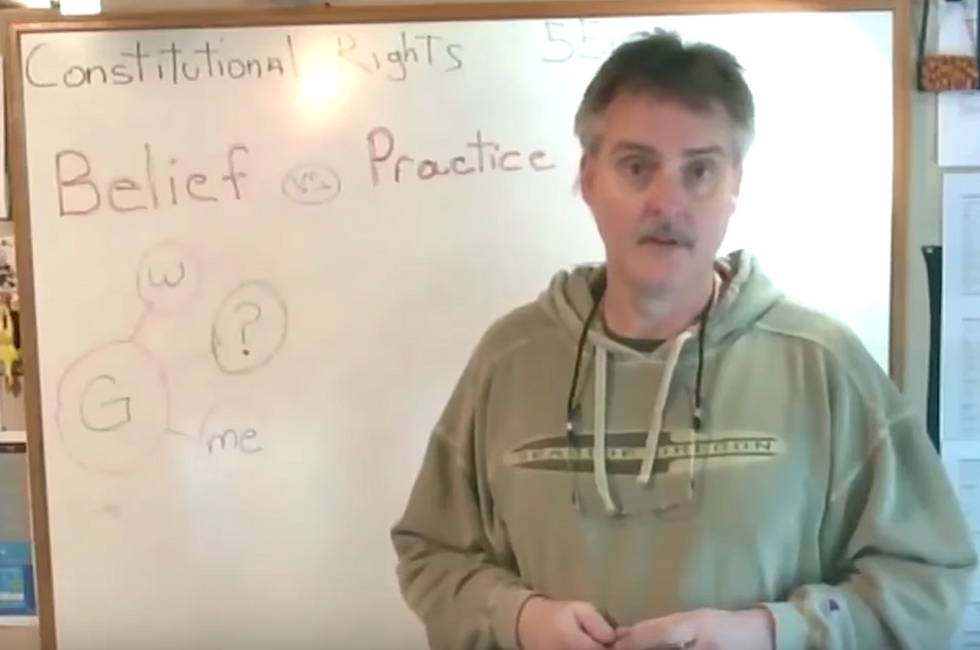 Even though he's made hundreds of thousands of dollars in income, Michael E. Bowman hasn't filed a federal income tax return since 1999. According to prosecutors, the Oregon man did so because he "disagrees with the law," The Oregonian reports.

Additionally, prosecutors say Bowman paid someone 20 years ago to file fraudulent returns for him starting in 1999 through 2001. But according to his defense attorney, Bowman isn't a criminal; he's a devout Christian who doesn't want to give his money to a government that will use it to fund abortions.

Attorney Matthew Schindler said his client isn’t “some kind of mumbo jumbo tax protester," but is instead a man who "reasonably believed" that the IRS should accommodate him under the Religious Freedom Restoration Act, the First Amendment and the Oregon Constitution.

Bowman is currently on trial for four misdemeanor tax charges.

Among those watching the case from the courtroom’s public gallery were two other men facing similar charges who are set for trial at the end of September and Oregon refuge occupier Kenneth Medenbach. Schindler successfully represented Medenbach in 2016 on charges stemming from the occupation of the Malheur National Wildlife Refuge.

In 2017, The Oregonian shared a video featuring Bowman detailing his motives for not paying taxes.

When Bowman was indicted in 2017, he hadn't filed a federal income tax return in 18 years -- a fact his lawyer says is indicative of his intent, since the IRS "did nothing" in those 18 years.

"It never collected a single dime from him during those 18 years," Schindler said. "That inaction, that failure, convinced him that he was right."

While Bowman's case may be unique, the 'religious freedom' defense isn't, and hasn't been all that successful when used in the past. As The Oregonian points out, case law shows that the government can collect taxes regardless of any religious or anti-war objection.