‘Part of me wanted to leave’: Lone attendee of Steve King town hall turns out to be a ‘hungover’ Democrat 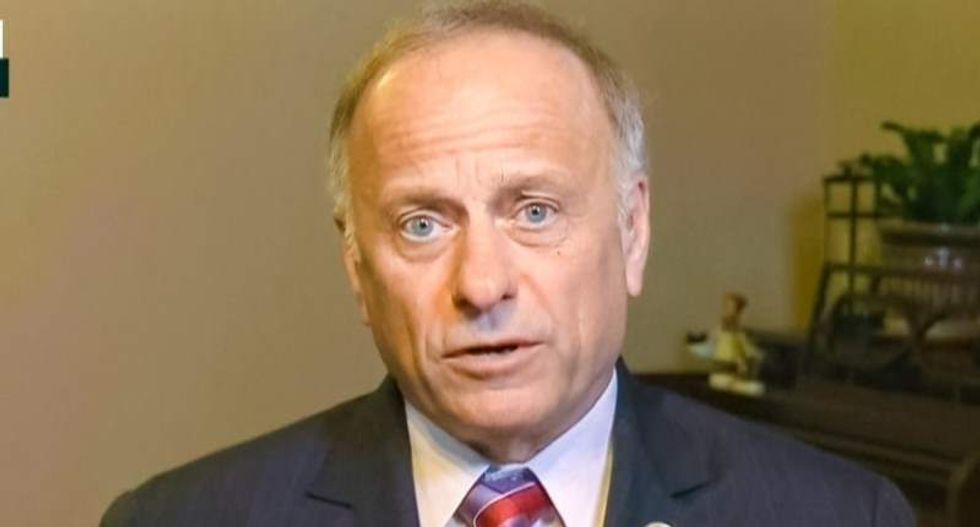 Rep. Steve King (R-IA) is being told to resign by members of his own party who are tired of his overt racism. While many Republicans might exhibit racist tendencies and make apologies for the president's racism, King says things out loud the GOP would just assume he keep quiet on. The true test, however, comes from King's own district and whether or not they're willing to reelect him in November.

The key revelation came at a recent townhall King held, where the only person who attended was a hungover Democrat. The Iowa Starting Line reported the pathetic event, where it seemed more members of the press were willing to show up than actual constituents.

She was tired and really didn't want to get out of bed. The 21-year-old University of Northern Iowa student could have opted to doze instead, but she did her civic duty and set out for the latest King town hall in Grundy County. She was the only one, however.

"It was just odd because I don't know what the record was for the world's smallest town hall is, but one person I think has to be it," Birch said.

Corinne Perkins posted a Reuters photo of the nearly vacant room Saturday afternoon, where over 5,000 people retweeted so far.

"I was the only person who was not paid to be there," Birch explained.

The woman on the right side of the room was an intern for King, Birch was, in fact, the only constituent not employed by the Congressman. There were also six police officers for security purposes.

"I looked at them, they looked at me," Birch said of the cops. She was going to sit in the back of the room, but that probably wouldn't be a great place to hide.

"It was very awkward, it was a very weird thing," she recalled. "Part of me wanted to leave, but it would be rude to leave, and the Midwestern part of me couldn't do that. I feel bad for him a bit. But then part of me was really, really angry because other Democrats didn't show up. I kind of let stuff he said slide, on stuff like abortion and health care, because I don't want to get in an argument with him. I already know you're wrong. Let's talk about things I actually care about."

Read the full piece about the King town hall from The Iowa Starting Line and the issues Birch came to discuss.