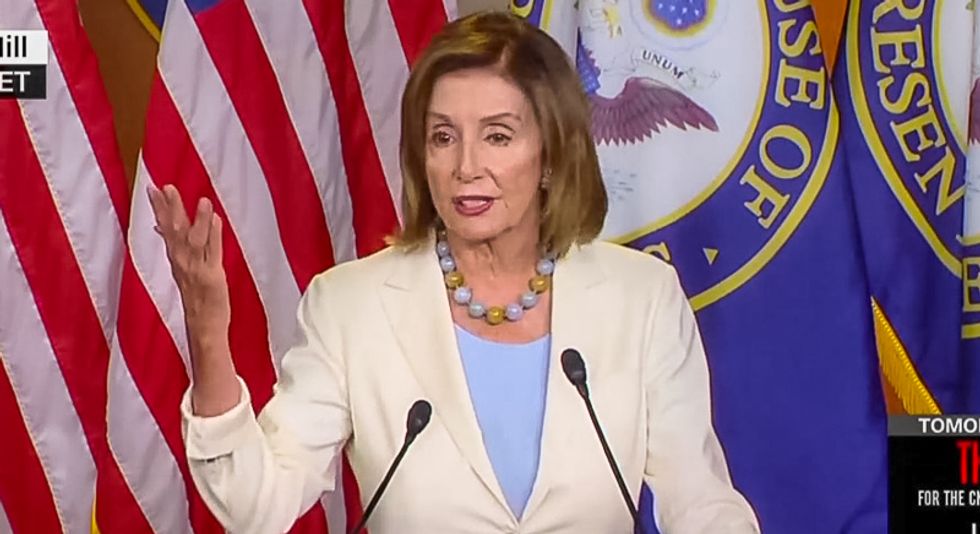 An American trade pact with Britain is doomed if the latter's withdrawal from the EU undermines the Northern Ireland peace accord, US House Speaker Nancy Pelosi warned Wednesday.

"Whatever form it takes, Brexit cannot be allowed to imperil the Good Friday Agreement, including the seamless border between the Irish Republic and Northern Ireland," Pelosi, the top Democrat in Congress, said in a statement.

"If Brexit undermines the Good Friday accord, there will be no chance of a US-UK trade agreement passing the Congress."

Goods and people freely cross the border, as both countries are currently members of the EU.

The withdrawal agreement negotiated last year between London and Brussels contains a "backstop" plan to maintain this situation whatever happens with Brexit.

However, British MPs have rejected it three times and new Prime Minister Boris Johnson warns the backstop must go or Britain will leave the EU on October 31 without any deal.

Pelosi, a master legislator, strongly signalled that Republicans would join her Democrats in opposing a trade pact if Brexit undermines the peace deal.

"The peace of the Good Friday Agreement is treasured by the American people and will be fiercely defended on a bicameral and bipartisan basis in the United States Congress," she said.

The Republican co-chair of the Friends of Ireland group in the US Congress, Pete King, reportedly said jeopardizing the open border was a "needless provocation" over which his party would have no hesitation defying Trump.

Those in Congress with a strong belief in Northern Ireland and the Good Friday agreement "would certainly be willing to go against the president," King told The Guardian.