Pentagon is blocking release of a staffer's memoir — to 'benefit' James Mattis: lawsuit 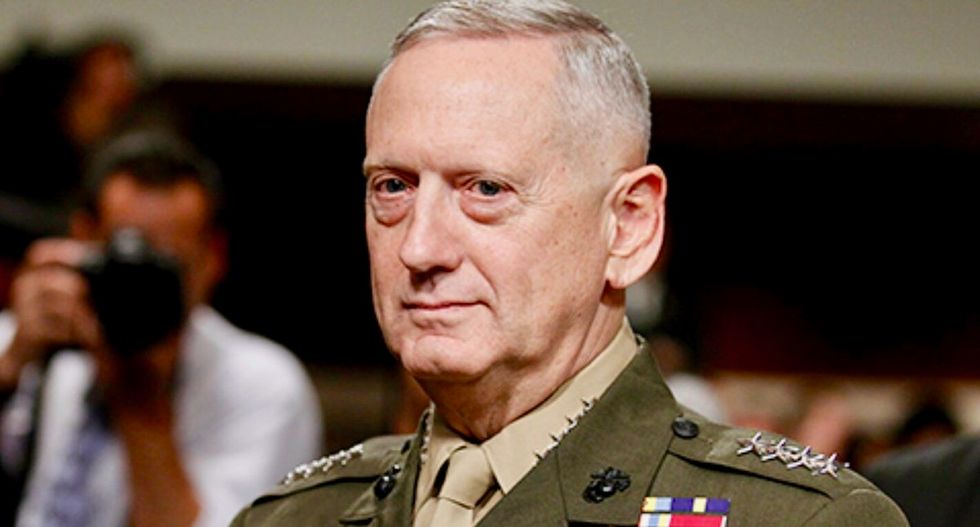 On Thursday, NBC News reported that Guy Snodgrass, a former Naval aviator and aide to ex-Defense Secretary James Mattis, has filed a lawsuit alleging that the Pentagon is "obstructing and infringing on his right" to publish a memoir documenting his time in the Trump administration.

Snodgrass asserts that the Pentagon's delay of the memoir, "Holding the Line: Inside Trump's Pentagon with Secretary Mattis," was done "with the acquiescence, if not complicity of" Mattis, and was in fact done to "benefit" the former secretary by ensuring that his own memoir, "Call Sign Chaos: Learning to Lead," would be published first.

He also alleges that Pentagon officials "unlawfully demanded the redaction of wholesale chapters that it has acknowledged are unclassified" and "implicitly threatened" potential "retaliation were he to violate alleged loyalty oaths sought" by Mattis.

"Holding the Line" was initially scheduled to come out on October 29, which was already nearly two months after the release date of "Call Sign Chaos" on September 3. But Snodgrass asserts Pentagon interference has forced him to push it back even further.

Mattis resigned at the end of last year, after ongoing political quarrels with President Donald Trump over national security. "Call Sign Chaos" reportedly only occasionally mentions Trump by name, but is nonetheless peppered with criticism of his former boss.