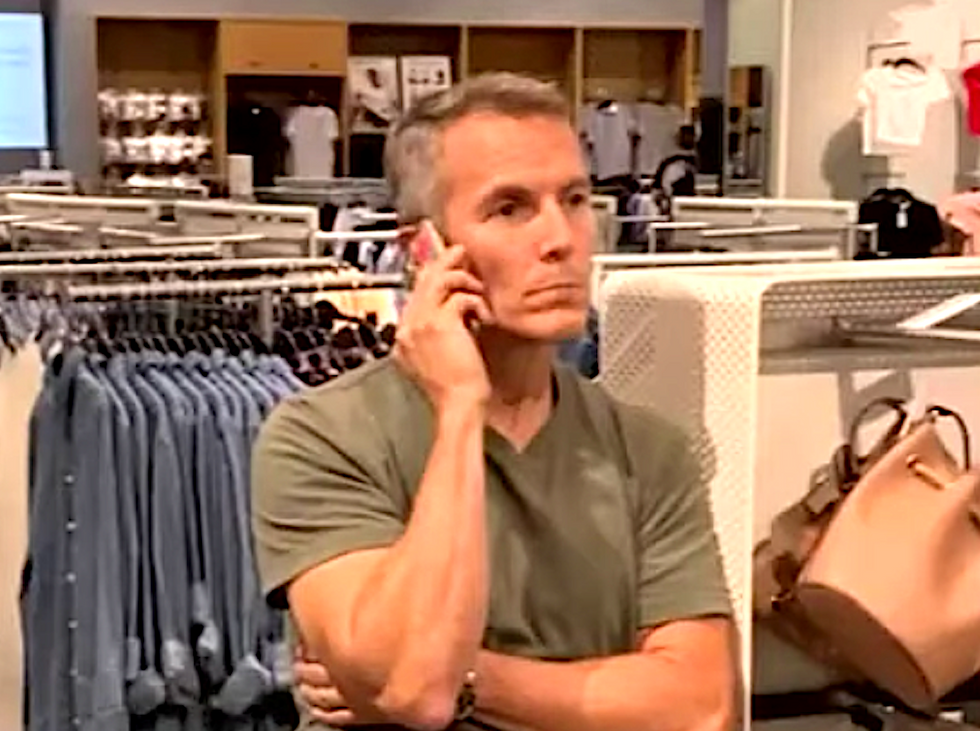 A man who was caught secretly taking photos of a woman in a Nashville, Tennessee shopping mall has been identified has a high-level member of the Church of Jesus Christ of Latter Day Saints, Fox 17 reports.

Stephen Murdock was arrested on Tuesday after police say he took the photos at an H&M store in a mall at Opry Mills. According to the report, Murdock's wife begged the victim not to call the police after the incident.

As Fox 17 first reported on Wednesday, Murdock approached the female victim and "guided" her to a dressing room in the clothing store, apparently pretending to be a store employee. Once inside the dressing room, the woman noticed a black object in the corner and soon realized it was a camera pointed directly at her. As she quickly got dressed and tried to get someone to call the police, she noticed Murdock emerge from the dressing room next to her. As she confronted him, she noticed that he was deleting pictures from his phone, some of which were of her.

Fox 17 later confirmed that Murdock is a "high councilor" with the LDS Church.

Speaking to Fox 17, the victim, identified as Alondra Alcala, said that when she saw the camera she initially thought the whole thing was a "prank."

"I thought somebody was just messing with me," she said, adding that she thought Murdock was a store employee when he directed her to the dressing room.

“From there, I undressed from the waist down, and I looked up and in the corner of the dressing room at the top, there was a camera phone, an iPhone, pointing down at me, so I obviously knew I was being recorded, I freaked out, I froze,” she said.

When she finally realized what was going on, she said she felt "disgusted."

"I felt like what did I do wrong, what if I wouldn’t have done this, or wouldn’t have worn this,” Alcala said. “I did feel violated, I felt gross, why is this happening to me?”

Fox 17 tracked down some of Murdock's fellow church members, who spoke on condition of anonymity.

"It's just disappointing to see that ... especially someone in that position isn't meeting that same position themselves," one parishioner said.

Watch a report from WSMV on the story below: