Philly Mayor delivers powerful message to lawmakers on gun violence: 'step up, or step aside' 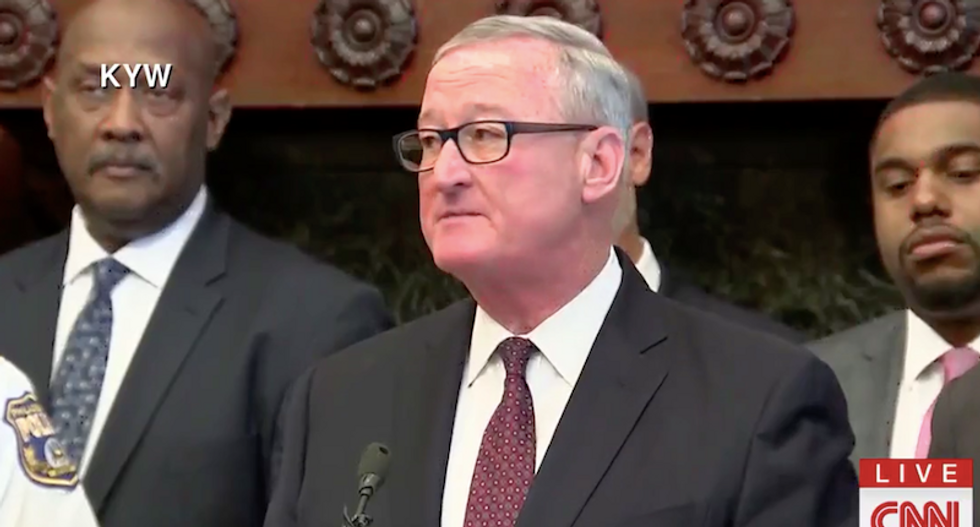 On Thursday, public officials in Philadelphia gathered to commend officers for peacefully resolving a tense standoff with a gun man. Six officers were wounded before he was taken into custody.

"Their careful and professional response which spanned seven hours ensured the safety of their fellow officers and the residents of North Philadelphia," Kenney said.

"In the face of what could have been a horrific tragedy the peaceful resolution of the incident marks one of the finest moments in the history of the Philadelphia police department. I'm very proud of each and every officer involved. I'm proud of all our officers."

"We can and must do more to protect our officers and all of our citizens," he said.

He pointed out that horrific shootings are occurring with alarming frequency, including two mass shootings in just 24 hours last weekend.

"We here in city government can only do so much," he said. "Meaningful gun control legislation will save lives. The lives of residents and the lives of men and women who have sworn to protect us. Incidents like this should not keep happening. Not in our city and not in our country."

"If we don't see change, gun violence will continue to ravage our communities," he continued.

"So I say to our state and federal lawmakers -- step up, or step aside," he said.