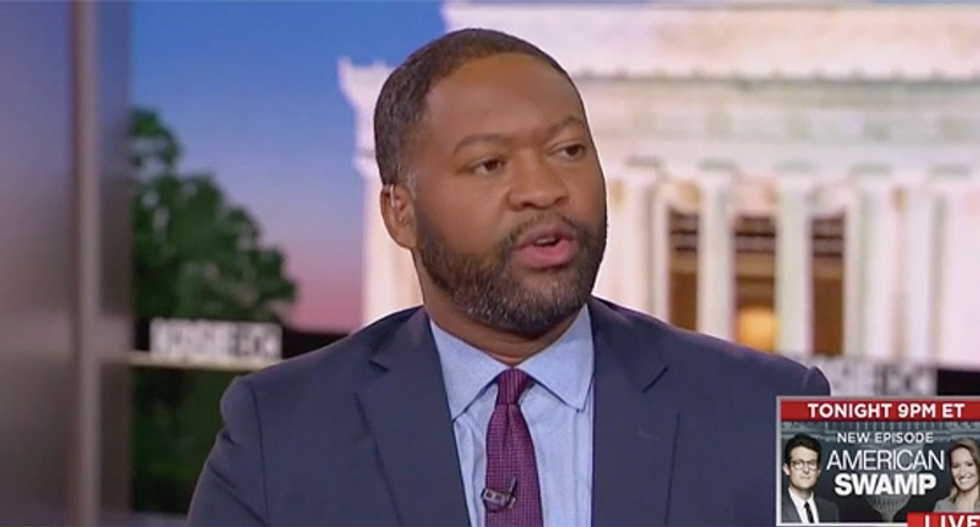 Democratic strategist Don Calloway said that he doubts that the owners of the companies employing undocumented workers who were arrested this week, will ever be held accountable. The reason: money.

"Of course, we know large, powerful employers could put a stop to all of this, but there's no evidence this administration or any administration prior to this one, frankly, to be fair has any interest in going after those folks because they are rich, powerful businessmen who contribute to local and national politicians," said Calloway.

"Let's talk about a very inconvenient truth here," Calloway turned. "In 2004 there was a documentary called 'Mississippi Chicken' which showed the inside of some of these chicken and food processing plants. Haley Barbour -- certainly no more staunch Republican in the country than Haley Barbour -- even said we cannot have immigration stop in the state of Mississippi because nobody is willing to do the work of these food processing plants."

Calloway explained that he even tried to use prisoners in the Tyson chicken plant, but they preferred lockup.

"So, these folks, let's be very, very honest, they're not taking jobs from Americans," Calloway said. "They are doing stuff nobody wants to do that frankly humans shouldn't be having to do in the name of work. We saw it in my home state of Alabama just three or four years ago when they passed a draconian immigration law and the entire seasons of vegetables and fruits were unharvestable."