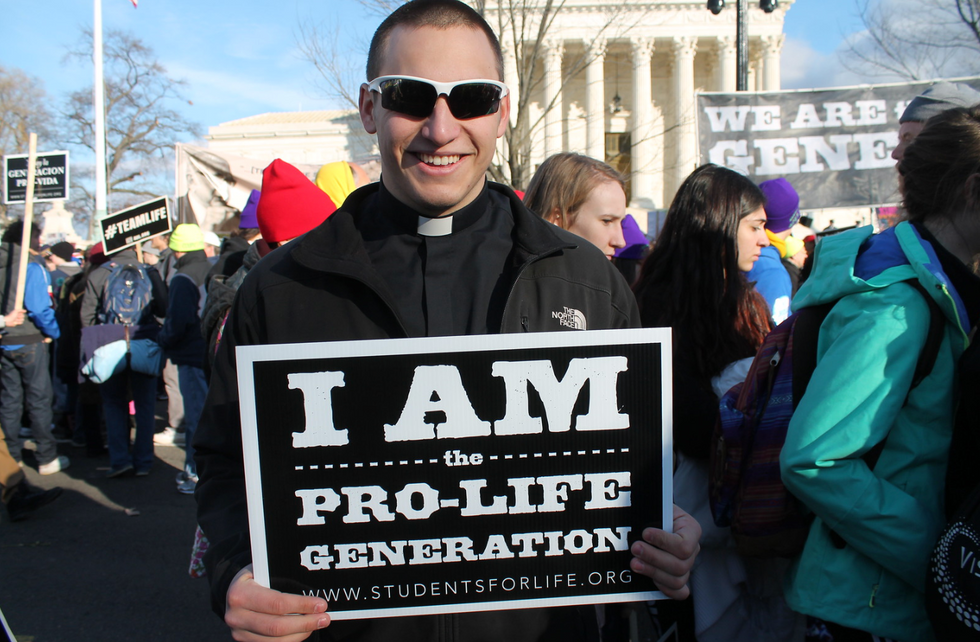 According to a new poll, anti-abortion advocates also tend to hold views that are hostile to gender equality. The Guardian’s Jill Filipovic says the results show that the anti-abortion movement is more concerned with controlling women’s bodies than they are about the “sanctity of life.”

The poll, conducted by Supermajority and PerryUndem, surveyed both pro-life and pro-choice advocates and asked them 10 questions related to gender equity. On every question, pro-life advocates were significantly more hostile to ideas surrounding gender equity than their pro-choice counterparts.

According to Filipovic, the survey is just another example of how opposition to abortion "is tied up in a whole knot of misogyny."

"Women, according to more than three-quarters of anti-abortion survey respondents, “are too easily offended,'" Filipovic writes. "More than 70% of 'pro-lifers' in the survey agree that women interpret innocent remarks or acts as being sexist – women, in other words, are a touch hysterical and perhaps not to be trusted. While 82% of pro-choice respondents said that the country would be better off with more women in political office, just 34% of abortion opponents agreed."

In 2015, the Christian research group LifeWay conducted a survey of women who've had abortions and found that 70 percent of them considered themselves Christians. Additionally, over 50 percent of the surveyed women kept their abortions secret from their church community. Roughly two thirds of the women surveyed said their pastor’s teachings on forgiveness did not apply to them, and over half  believed that their church is out-of-touch when it comes to helping women understand their options when facing an unplanned pregnancy.