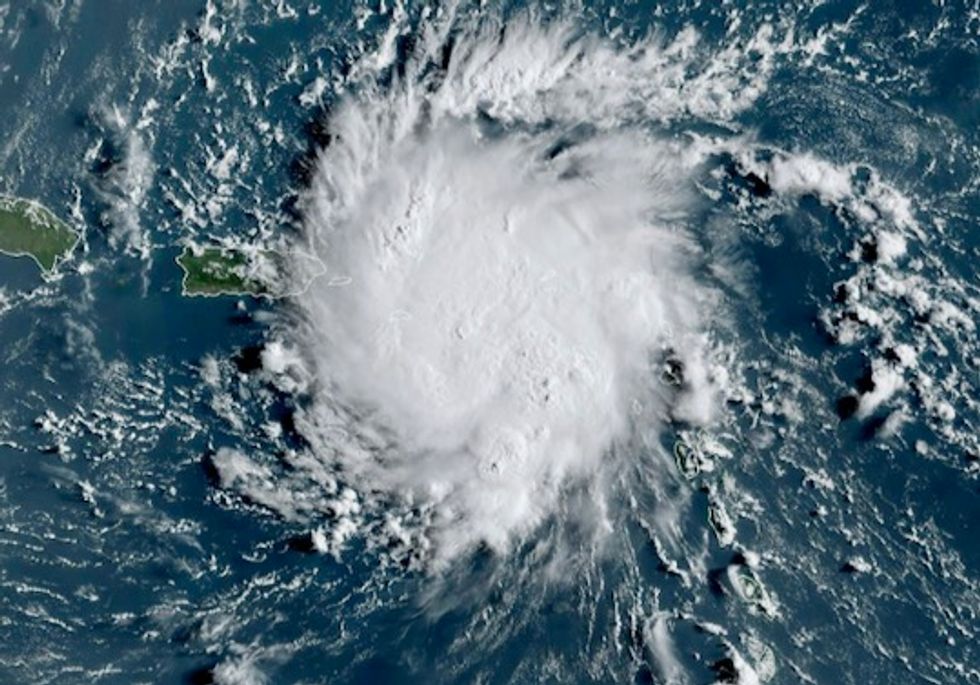 Tropical Storm Dorian bore down on Puerto Rico Wednesday as residents braced for a direct hit, the first since the island was ravaged two years ago by Hurricane Maria.

US forecasters said they expected Dorian to make landfall in populous eastern Puerto Rico at near hurricane strength later in the day. A hurricane watch also was up for the US Virgin Islands.

The latest path also puts Dorian on a trajectory to strike the Atlantic coast of Florida by the weekend, with few obstacles to weaken it after Puerto Rico.

President Donald Trump declared a state of emergency in Puerto Rico, which is a US territory, authorizing federal assistance to local authorities even as he grumbled on Twitter about their response to Maria.

"We are tracking closely tropical storm Dorian as it heads, as usual, to Puerto Rico. FEMA and all others are ready, and will do a great job," he tweeted.

"When they do, let them know it, and give them a big Thank You - Not like last time. That includes from the incompetent Mayor of San Juan!"

Maria, a Category 4 hurricane, shattered the island's already shaky power grid, overwhelmed public services and left many residents without a roof over their heads.

Dorian, though far less powerful than Maria, looms as the first major test of the island's halting recovery.

As of 1200 GMT, the storm was 60 miles southeast of St Croix, packing 60-mile-an-hour (95-kilometer) winds as it churned toward the US Virgin Islands and Puerto Rico.

It is forecast to dump four to six inches of rain on Puerto Rico and the Virgin Islands.

Forecasters now say it is on a path that will take it across eastern Puerto Rico, near the capital San Juan, and eventually the eastern shore of Florida.

The trajectory takes it into the Atlantic north of the Dominican Republic, the Bahamas and Turks and Caicos before swing west toward Florida sometime over the weekend or Monday.

The Federal Emergency Management Agency said some 3,000 agents had been deployed and were "ready to respond."

"Emergency communications, logistics & transportation teams are also positioned on the island," it said on Twitter.

After nearly a year of controversy, health authorities put the official death toll at 2,975, supplanting the Puerto Rican government's longstanding figure of 64.

Puerto Rico's new governor, Wanda Vazquez, declared a state of emergency and said the island was better prepared this time to respond to any contingency.

"In the face of the approaching situation, the response of the government and the different agencies will be different because it is prepared," she said at a news conference.

Former governor Ricardo Rossello was forced to resign last month in part because of criticism of his handling of the emergency created by Maria.

A hurricane watch was also in effect for the Dominican Republic. In Santo Domingo, residents of neighborhoods bordering the Ozama River, which crosses the capital city, are prepared to evacuate in case of flooding.

"We're ready to leave, because when it rains here, the river fills and everything floods," said Cornelia Diaz.

"But we're scared to leave our things, not because of the water but because of criminals," she said.