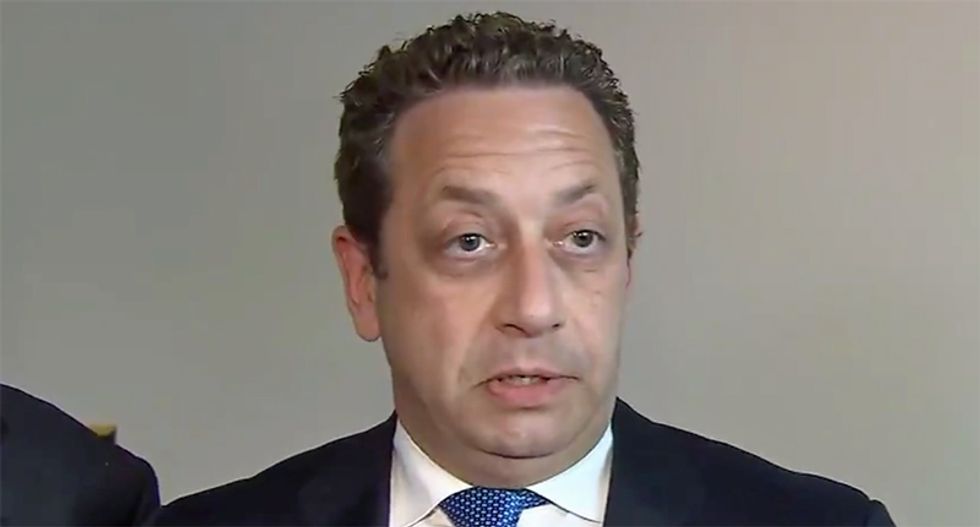 The Russian businessman Felix Sater has been linked to Trump family enterprises for years. He was central to the effort to bring Trump Tower to Moscow. He also worked on the Trump SoHo condominium hotel in the mid-aughts.

During that time, Sater also worked as an informant for the FBI and CIA and aided prosecutors on various cases. He started working with the FBI in 1998, after he was caught in a stock-fraud scheme, reports the Wall Street Journal.

That's been previously reported. But what the WSJ found is that a letter just unsealed from the government praises Sater for being an especially good collaborator.

"Sater went above and beyond what is expected of most cooperators and placed himself in great jeopardy in doing so,” the prosecutors wrote in pushing for him to get a lighter sentence.

“I have done wrongs, but when I go before my maker, I know that I did a lot more good than I did wrong,” Sater said in an interview.

He stopped working for the government in 2017, according to the WSJ. He informed Trump of his work in the mid-aughts and gave further detail when Trump decided to run for president.

Sater primarily interacted with Michael Cohen, Trump's former fixer who is serving a three-year sentence for lying to Congress and other crimes done at the behest of Donald Trump.

“Buddy our boy can become President of the USA and we can engineer it,” Sater wrote in November 2015 to Cohen.

Sater undertook a dizzying array of projects for the government. He obtained the serial numbers of Stinger missiles a foreign militia wanted to sell to the U.S. He tutored federal agents on stock fraud, and told them about various sundry mafia figures involved. He provided what he was told were satellite phone numbers and other information about Osama bin Laden.

The Russian-Jewish immigrants claims to have been inspired by love of his adoptive country.