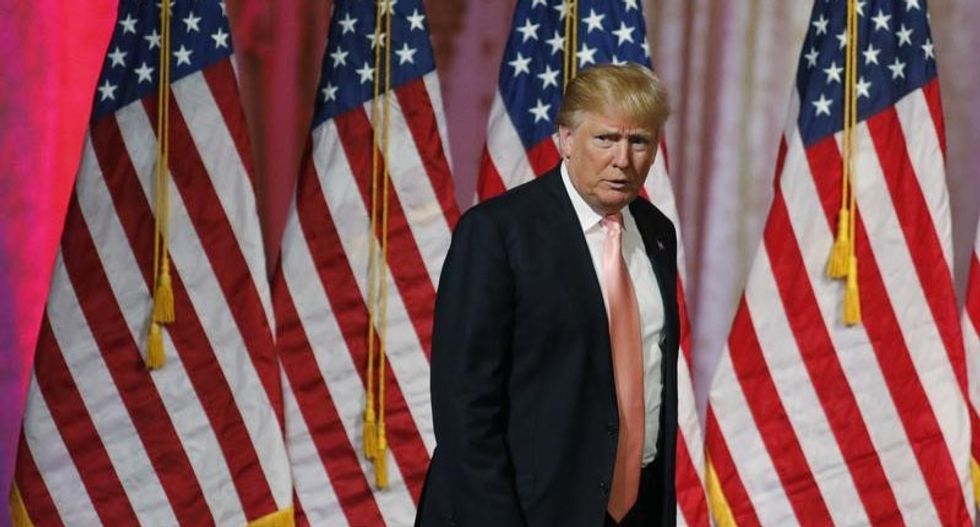 As my colleague Alex Henderson reported, former congressman and Tea Party Republican Joe Walsh, who is now a radio pundit, penned a searing column in the New York Times Wednesday calling for an "aggressive" primary challenge of President Donald Trump from the right wing.

In a tweet after the op-ed was posted, Walsh offered an explanation for his decision to publish the piece:

It's interesting to see a Tea Partier take some responsibility for Trump's rise, as his presidency was clearly foreshadowed by the bigoted and often delusional movement that arose in response to Barack Obama's presidency and the 2008 financial crisis. Walsh is a particularly surprising fit for the role of reformed Tea Partier; as Alex pointed out in his piece, Walsh was known for "his caustic, incendiary attacks on Obama."

And though he now has claimed to have disliked Trump when he voted for him in 2016 — an act he says that was purely taken in opposition to Hillary Clinton — Walsh in fact tweeted this at the time:

But perhaps we should now take Walsh at his word. After all, he represents something many critics of the president hope would exist: a version of a Republican who, while continuing to believe in the party's core principles, recognizes that Trump is aberrant and dangerous enough that he is not suited to be president. That's the most that backers of impeachment could hope for in the Senate.

Some opponents of the president and the GOP and Trump may actually disagree with the premise, though; they say Trump is simply an embodiment of the GOP's orthodoxy and doesn't represent anything distinct from the core of the party.

Surely, though, there has to be a version of a Republican Party leader who largely represents the party's political beliefs while also tamping down on its worst impulses. Someone who could convincingly denounce white supremacist violence. Someone who, even if they support some of the GOP's fundamentally racist policies, wouldn't stir the country into a frenzy every weekend with new outrageous attacks on people of color. Wouldn't blatantly lie all the time and viciously demonize immigrants. Wouldn't attack and neglect Puerto Rico as it faces catastrophe. That seems to be what Walsh is hoping for.