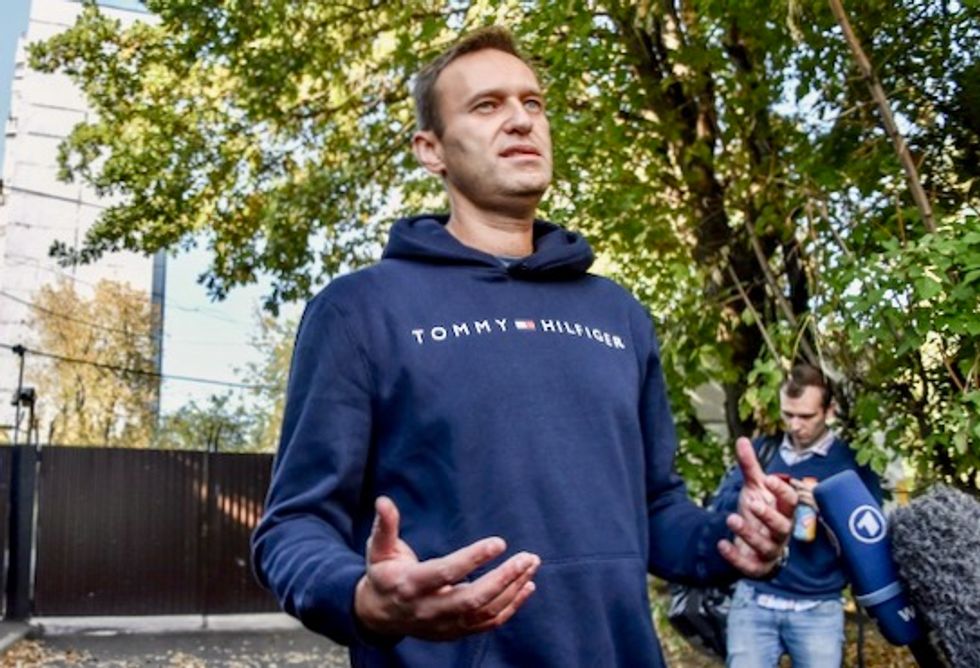 Russia's opposition held a new protest march in central Moscow on Saturday, despite a ban by authorities, a week before controversial regional elections in the capital.

Demonstrations have been held on an almost weekly basis since July after authorities denied most opposition candidates registration in the elections for city parliament next Sunday.

Moscow prosecutors warned that the latest rally, called by Kremlin critic Alexei Navalny for 2 pm (1100 GMT) on part of the city's Boulevard Ring, was not authorized and participants would "bear responsibility."

Hundreds gathered at the start site of the announced "March against political repressions" and began a slow walk along the route, occasionally chanting "This is our city" and "Freedom to political prisoners!".

The gathering was noticeably calmer than previous similar protests, when police blocked the crowd and made thousands of sometimes violent arrests.

Police on Saturday merely told people to leave the street and walk along the pedestrian areas without intervening or deploying rows of riot police whose actions have been criticized over the past weeks.

"I want political rights of Muscovites to be respected," said organiser Lyubov Sobol, whose bid to run in the election was rejected.

"We're a peaceful march, we even wait for the green light to cross the street. We're the most law-abiding citizens of Moscow," she said.

Opposition politicians had requested formal permission to hold the Saturday march but were turned down.

The marching crowd also included a group of women's rights activists, who held up a giant pink banner against domestic violence.

In the past, the Moscow polls have generated little public interest.

But this summer they have spiraled into the biggest political crisis since the wave of protests in 2011-2012 against Vladimir Putin's return to the Kremlin.

Authorities have launched a wide-ranging probe into "unrest" which could lead to long prison sentences for a number of suspects and have made thousands of arrests.

Another probe has been launched against Navalny's anti-corruption foundation, which has produced numerous videos alleging massive graft among officials at City Hall run by Putin's ally, mayor Sergei Sobyanin.

Many of the candidates were told the signatures they gathered to qualify were invalid, with Putin alleging they were "falsifications."

"Election committees found that their (signature) lists had... people who had died long ago," he said last week.

But opposition candidates, such as politician Ilya Yashin, hit back, accusing Putin of lying.

Yashin appealed this week at Russian Supreme Court to have his candidacy reinstated, but lost and was detained the next day, for the fifth time since July for violating rules on public gatherings.

Sobol, an associate of Navalny, was assaulted near her home Thursday.

According to OVD Info, an independent monitor of arrests and other suspected persecution, police detained some 2,700 people at this summer's demonstrations.

In addition, there are multiple criminal cases against participants on charges such as "mass unrest" and "violence against police."

At least two couples who took their children to the protests have been threatened with losing parental rights.

Some Moscow businesses and services, including the public transportation department, have sued protesters for a combined sum of over 14 million rubles ($200,000, 190,500 euros).