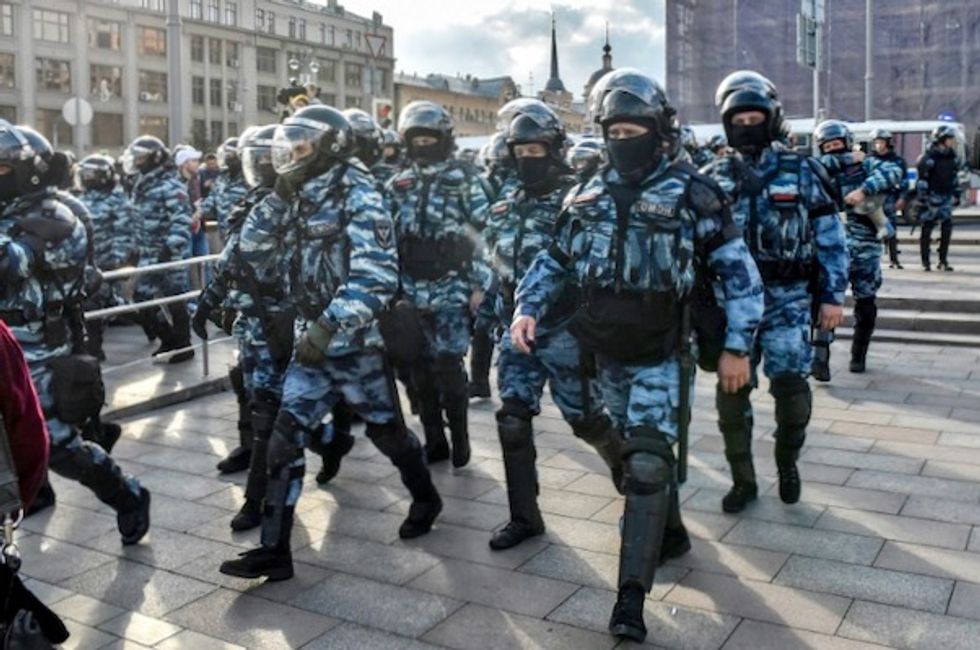 Russia's interior ministry opened an investigation Monday after a video showing a riot policeman punching a woman in the stomach during a protest for free elections went viral.

The video, which has more than 360,000 views, shows a young woman dragged by four masked policemen in riot gear, with one of them punching her in the stomach for no apparent reason. The images provoked outrage in the media and on social networks.

In an interview to the Mediazona website, the woman -- 26-year-old Daria Sosnovskaya -- said she was dragged away by police for protesting the detention of a man with a disability.

"Police officers started running towards me," she told the website.

"It was extremely unpleasant. I immediately had cramps everywhere, I couldn't breathe," she said.

She said she was then taken along with other detainees to a police station, where she did not have access to a lawyer for several hours before being released with a warning.

The interior ministry said it opened an internal enquiry into the case, promising that "those who are guilty will have to face responsibility."

A decision to block opposition candidates from running for election to Moscow's city parliament has prompted a wave of protests that are among the largest since Putin returned to the Kremlin in 2012.

The rallies, some unsanctioned, have rocked Moscow for the past month, with the largest on Saturday drawing up to 60,000 people.

Police have cracked down on protesters and detained far more people than at previous demonstrations.

Police detained 136 at a protest in Moscow on Saturday that was authorised by city hall, with most taken into custody after they headed towards the presidential administration offices.

The previous protest, on July 27, resulted in nearly 1,400 arrests.