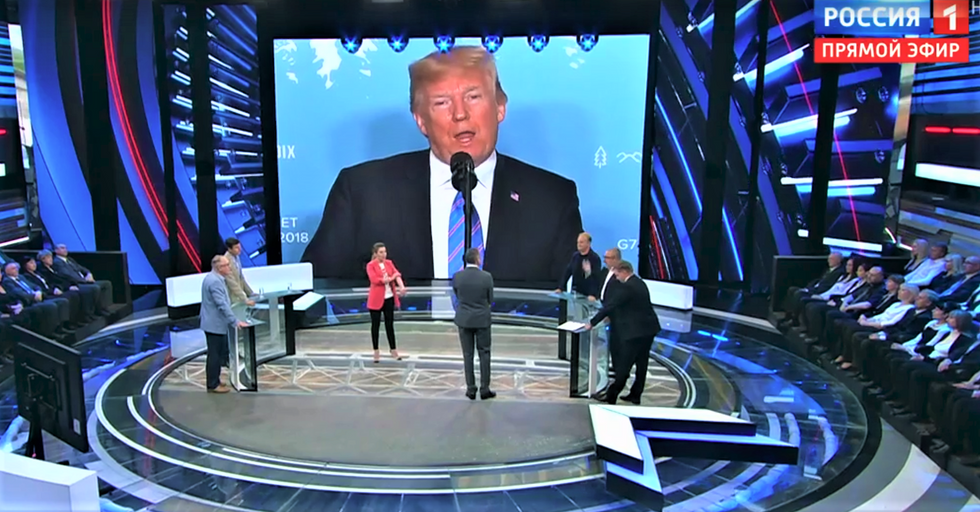 President Donald Trump announced late this week that he will be skipping a planned diplomatic trip to Poland to monitor his administration's response to Hurricane Dorian, but Russia's state-run television network believes the president has ulterior motives for his actions.

According to Russian media monitor Julia Davis, Russian state TV on Friday speculated that the president isn't going to Poland because he's disappointed that Russian President Vladimir Putin won't be there.

"What is the point of going if Putin won't be there?" one host asked, according to Davis's translation.

Davis also reports that a Russian news show believes that Trump wants to avoid meeting with Ukrainian government officials given that he is reportedly been considering cutting off military aide to them.

Russia's state television network has long mocked the president for his fawning admiration for Putin while also praising him for doing the Russian president's bidding by creating tension and discord among America's allies in the North Atlantic Treaty Organization (NATO).