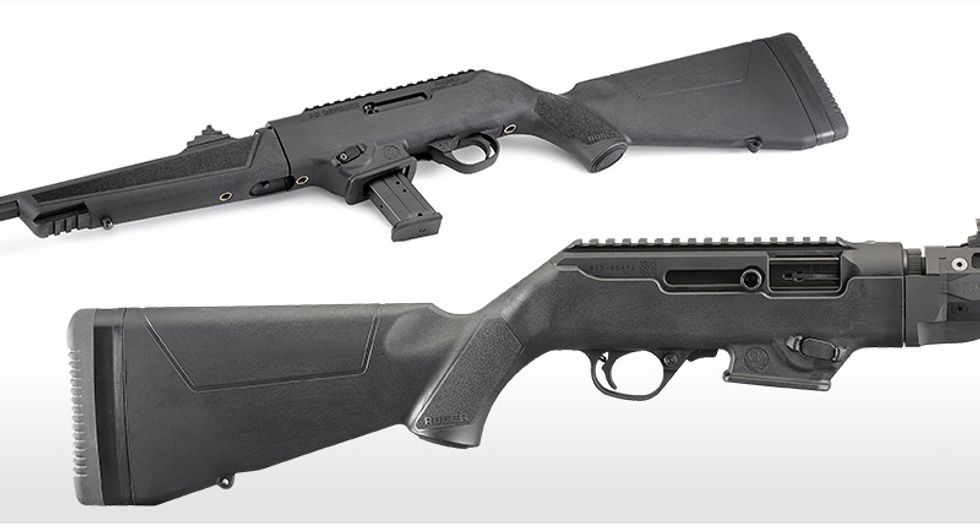 The San Jose police union was blasted for raffling off a semi-automatic rifle following the mass shooting in nearby Gilroy that was allegedly committed by a perpetrator armed with an AK-47 variant.

"A police union fundraising raffle featuring a semiautomatic rifle as the prize was canceled Friday, a day after San Jose’s former police auditor called it out as being in particularly poor taste in the wake of the Gilroy Garlic Festival shooting that killed three people and wounded 13 more," the San Jose Mercury News reported Friday.

"LaDoris Cordell, who headed the city’s Office of the Independent Police Auditor from 2010 to 2015, said she was shocked by an ad in the latest issue of Vanguard, the monthly magazine of the San Jose Police Officers’ Association," the newspaper explained. "It promoted an August raffle to support the SJPD chaplaincy, with a $20 ticket making the buyer eligible to win a 'Ruger PC Carbine 9mm Semi-Auto Rifle.'"

Ruger hypes the rifle for its ability to be broken down for easy transportation in a backpack or over-the-shoulder bag.

"Easy takedown enables quick separation of the barrel/forend assembly from the action for ease of transportation and storage," Ruger says.

Civilians were eligible to enter the police union's raffle.

“Regardless of whether there was a mass shooting in Gilroy, I don’t get how a law-enforcement agency can do this,” Cordell said. “But in the mass shooting, the person used a semiautomatic rifle. You would think in light of that, they would call it off.”

“We understand the concern this raffle has caused to some, and as such we will discontinue support for any raffle of any weapon in the future,” Kelly said in a statement. “Our prayers continue to be with the victims of the recent tragedy in Gilroy and we sincerely apologize for any pain this may have caused them.”

“Canceling the raffle was the right thing to do,” the chief said.