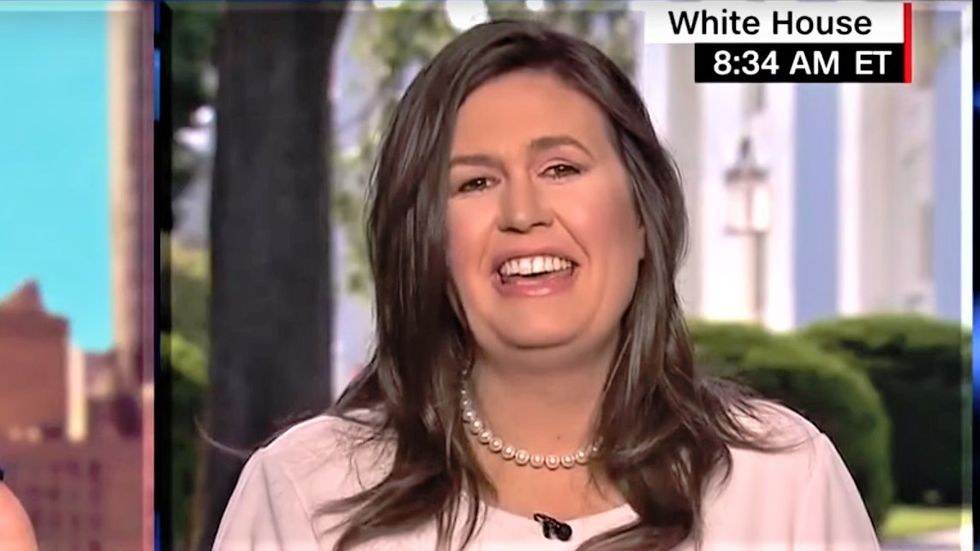 Sarah Huckabee Sanders is the second former Trump White House press secretary to land a new gig in two days. Huckabee Sanders, who left the White House after saying she just woke up one day and decided that would be the day to quit, will join Fox News as a political contributor.

On Wednesday ABC announced the Trump White House’s first press secretary, Sean Spicer, will be a contestant on “Dancing With the Stars.”

Huckabee Sanders has been weighing a run for governor of Arkansas. It’s unclear if this new move puts that on hold – or is a means of increasing her public profile for a run.

Both former press secretaries have left long legacies of lying to the American public in service to Trump.