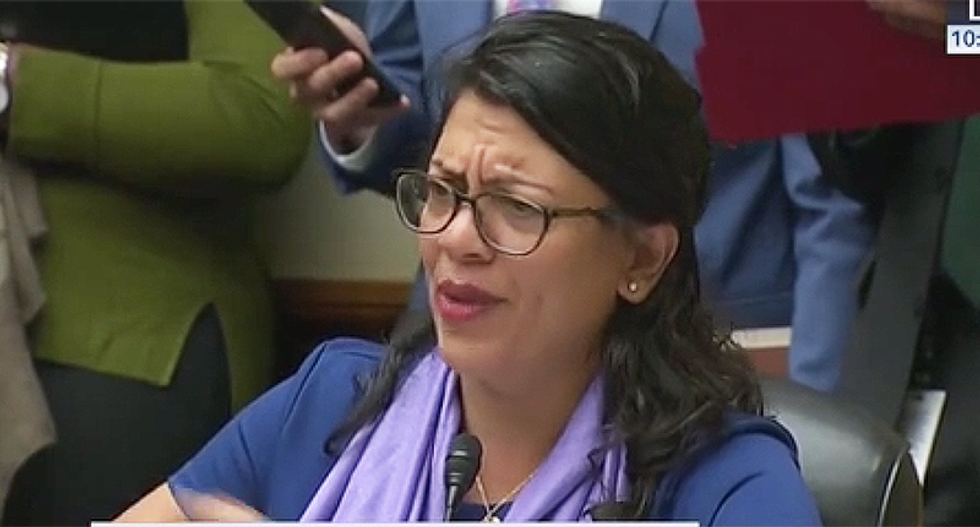 Members of the Squad, the freshman congresswomen of color being targeted by President Donald Trump, continue to reveal the biases of right-wing public officials.

Daniel Leonard, a member of the Toms River Board of Education in New Jersey, has announced he's not going to seek re-election after he posted an offensive message about Rep. Rashida Tlaib (D-MI) to social media, reports Asbury Park press.

He put up a picture of Tlaib, adding the caption: "My life would be complete if she/they die."

After members of the school board brought up the incident at a meeting, Leonard defended himself, claiming that his post wasn't Islamophobic. "The congresswoman is trying to shut down a federal agency of the government, right, so my point was, 'let her starve.' And I say it again, how is that offensive to Muslims. Just because she's Muslim?"

He announced that he won't seek re-election. But critics have said that it's not enough, and that he must immediately resign.