'Science says we can't': Meteorologist burns down Fox News host who is 'for' nuking hurricanes 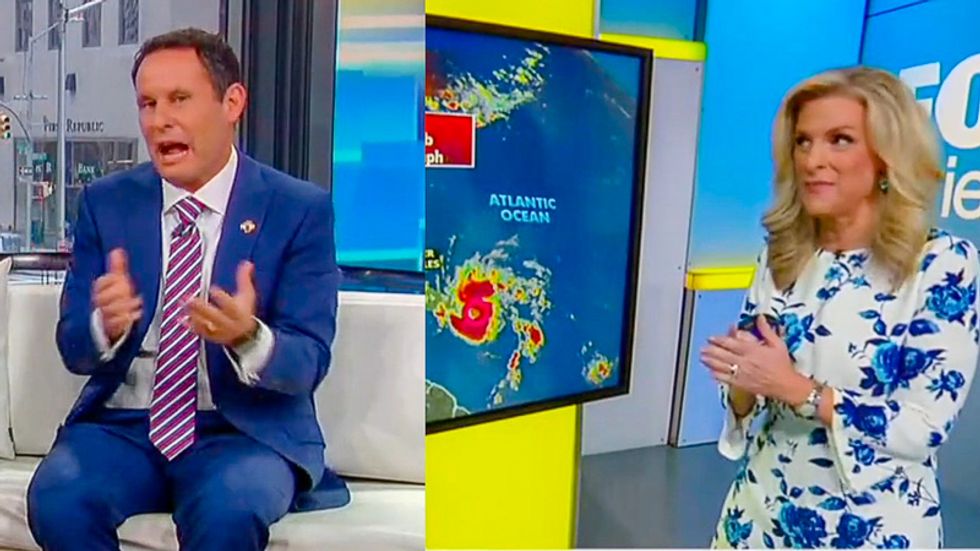 Kilmeade made the remarks after Axios reported that President Donald Trump had first floated the idea.

"Does President Trump want to nuke hurricanes? The news going viral this weekend and he just spoke out about it," host Katie Pavlich announced.

"I am for that," Kilmeade said before taking a commercial break.

Following the break, Fox News reported that Trump had denied making the remarks.

"You're going to say this is crazy," Kilmeade said. "But I always thought, is there anything we can do stop a hurricane?"

"I don't think an atomic bomb is the way to do it," co-host Steve Doocy noted.

"Okay, maybe that wouldn't have been my first option," Kilmeade opined. "But I always think about that. With all the progress we're making with driverless cars and Instagram, could we possibly stop a hurricane?"

"Not yet," meteorologist Janice Dean replied. "We're trying. Hurricanes work with nature to move heat. So hurricanes are kind of required in the atmosphere as transference of heat in different areas of the map."

"Even though we would like to stop these things," she added, "at this point in time, science says we can't."

Watch the videos below from Fox News.