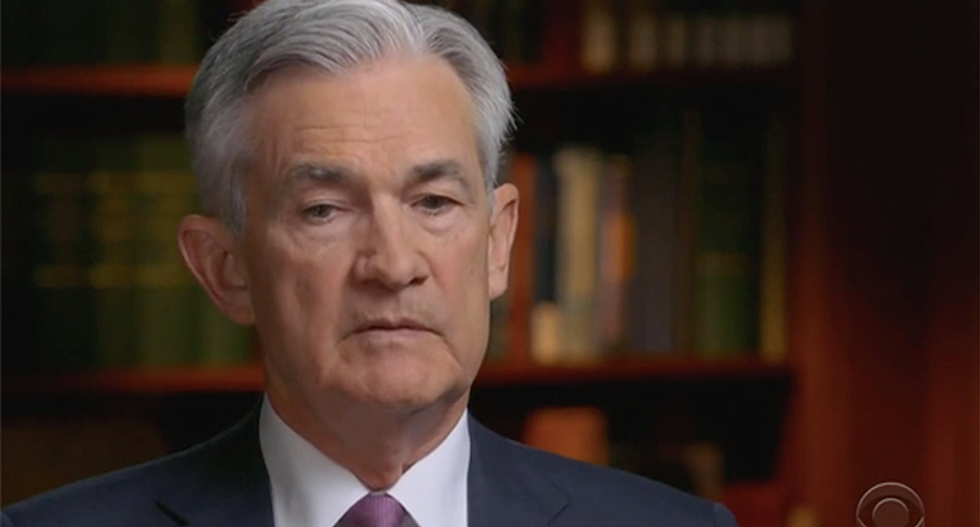 In a scathing piece from the Washington Post editorial board, the team at one of the nation's top papers told President Donald Trump to stop trying to pretend it's the Federal Reserve's fault for a slumping economy.

Trump has tried to claim that the economy isn't just fine, but outstanding and excelling expectations. Yet, in the same breath, Trump claims that that the Federal Reserve is responsible for all of the problems he says don't exist. It's enough for The Post editorial board to note the economic message is "remarkably dissonant."

Trump decided to that the Fed must lower interest rates and engage in “quantitative easing” to lower bonds. It's part of a tactic the Fed uses during tough times, which Trump says don't exist. Even during the worst financial crisis in a generation, in 2008, "quantitative easing" was controversial. Then there is the matter of a payroll tax cut, something Trump said he was looking at before saying he wasn't looking at it. But if there's no crisis, then why is it necessary.

"We’re all for contingency planning," The Post said. "Germany’s central bank just warned that Europe’s largest economy may be entering a recession. Brexit turmoil threatens to make the situation worse in Britain and elsewhere on the continent. In the United States, Mr. Trump’s ruinous trade policies will begin slamming consumers harder on Sept. 1. They are already hurting farmers and businesses whose global markets and supply chains have been disrupted."

If the U.S. economic situation gets worse, they noted it would be nice to think the White House is ready for it and they know what to do. If none of these "considerations" are real, however, the White House isn't ready.

"As economic stimulus goes, a payroll tax cut would be better than another tax cut aimed at the wealthy, and the cost might be justified in a recession. But it is not if the purpose is merely to keep the economic pump primed through Election Day 2020," The Post explained. "If the president wants to promote growth and soothe equity markets, he should end his pugnacious trade policies and pressure British Prime Minister Boris Johnson to deal reasonably on Brexit — instead of attempting to transfer the blame for slowing growth to his own hand-picked Fed chair."