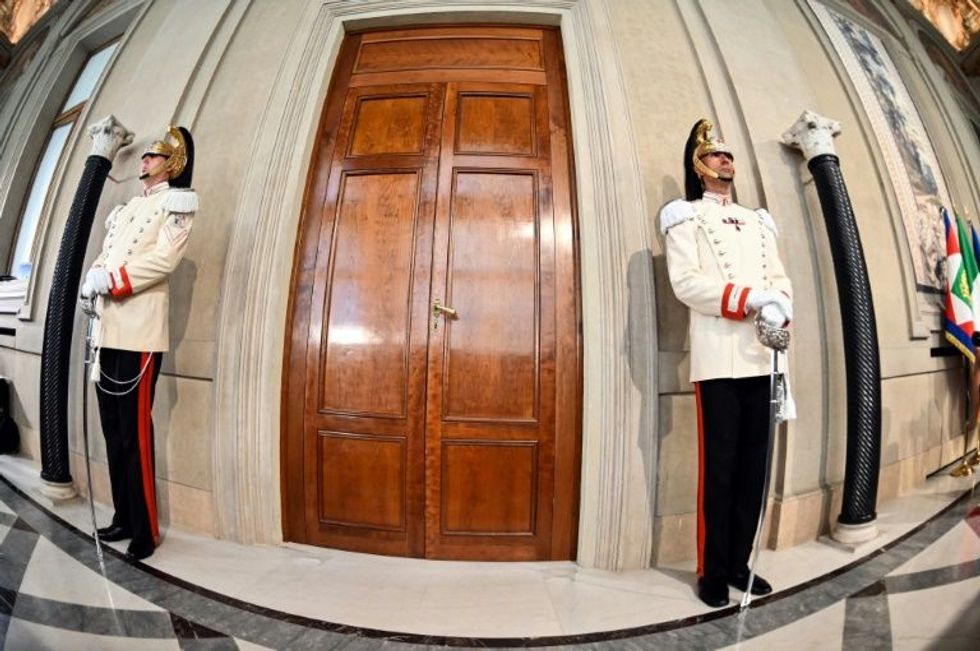 Italy's president will hold a second day of talks aimed at solving the political crisis shaking the country on Thursday after the disintegration of the populist government.

President Sergio Mattarella will meet the main parties, including the anti-establishment Five Star Movement (M5S) and far-right League, after the breakdown of their dysfunctional coalition.

Prime Minister Giuseppe Conte resigned on Tuesday after months of alliance sniping and a bid by League leader and Interior Minister Matteo Salvini to force a snap election, just 14 months since coming to power.

The nationalist, populist government's demonisation of migrants, promoted by Salvini in particular, and attempts to flout EU budget rules had angered many European leaders.

Mattarella met the leaders of both houses of parliament on Wednesday and has been trying to find a way forward.

The formation of a new coalition, a short-term technocratic government or an early election -- more than three years ahead of schedule -- are the main options.

A proposed alliance between M5S and opposition centre-left Democratic Party (PD) -- previously almost unthinkable -- appears to be gaining traction, with PD leader Nicola Zingaretti saying he is ready to make a deal.

The PD and M5S have been at each other's throats for years -- but an alliance would see Salvini kicked out of government, a powerful motive for compromise.

Zingaretti has said the party would back an M5S coalition dependent on five conditions, including a radical shift in Italy's zero-tolerance policy on migrants crossing the Mediterranean.

He later told "La 7" television he was also against the idea of Conte staying on as prime minister.

M5S would like Conte to remain in place but did not give much away, saying it would "wait for the end of consultations".

In a bid to get a PD-M5S alliance off the ground, former PD premier Matteo Renzi has said he will not participate.

Many in the anti-establishment party view him as elitist.

Salvini, who is also deputy prime minister, on Wednesday mocked his former coalition allies, saying: "In a week they have gone from the League to Renzi."

He added: "No matter which government emerges, its goals will be against the League."

The end of the unstable coalition government in the eurozone's third-largest economy has so far been welcomed by the markets, with a sharp rise in the Milan stock market on Wednesday.

The country's debt ratio -- 132 percent of gross domestic product -- is the second-biggest in the eurozone after Greece, and youth unemployment is currently above 30 percent.

Governments have consistently struggled to bring down debt levels and unemployment.

Rome needs to approve a budget in the next few months or potentially face an automatic rise in value-added tax that would hit the least well-off Italian families the hardest and likely plunge the country into recession.

"(The crisis) arrives at a critical juncture for Europe amid the risk of recession in Germany and the formation of the new European Commission, and could contribute to deteriorate significantly the confidence on the eurozone," said Andrea Montanino, chief economist at the General Confederation of Italian Industry.

After last year's election it took months of wrangling before a government was formed.

Mattarella has made it clear he wants talks to conclude quickly but splits within the PD and M5S, as well as sharp policy differences, could complicate coalition efforts.

A PD-M5S tie-up would realistically also need support from smaller parties to be an effective government.