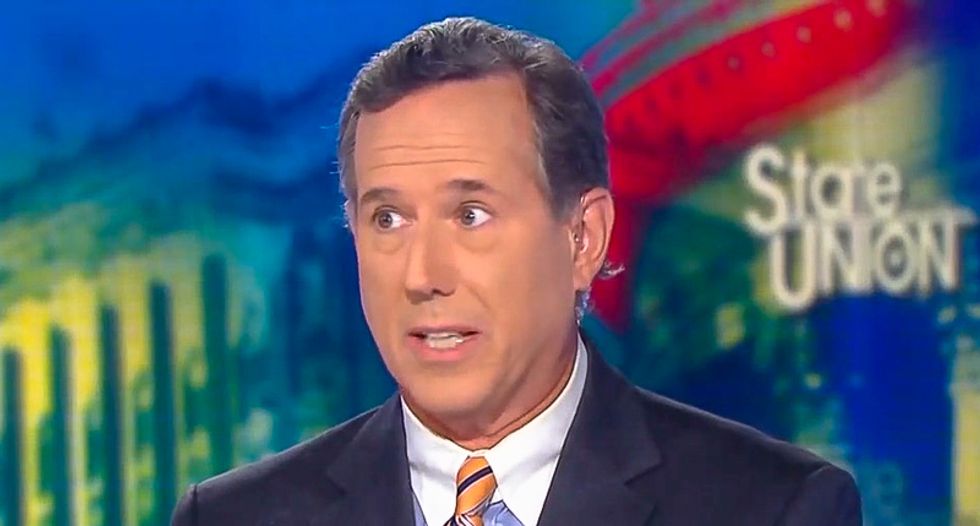 Conservative CNN contributor Rick Santorum suggested on Sunday that Walmart shoppers in El Paso could have avoided being shot if they had been carrying guns.

During a CNN segment on the mass shootings in El Paso and Dayton, Santorum argued that polls showing support for gun control were wrong.

"Public is for it until you have a discussion about what the consequences are," he insisted. "It happens because there is actually a debate about it."

"And what you see from the shootings that take place, several of them this year, which is law-abiding people -- not police -- but other law-abiding people come and stop these things," Santorum added. "Because they have the right to own guns. So taking that right away from law-abiding people doesn’t do anything to reduce the amount of crime and can make things worse."

According to Santorum, victims of the shooting at a Walmart in El Paso were "soft targets" if they were not armed.

"They go to soft targets," he said of mass shooters. "That’s exactly right. The whole point is that when you restrict guns to law-abiding people, you make more soft targets."

As of 2016, Texas Walmarts allowed shoppers to carry weapons in the open or concealed.