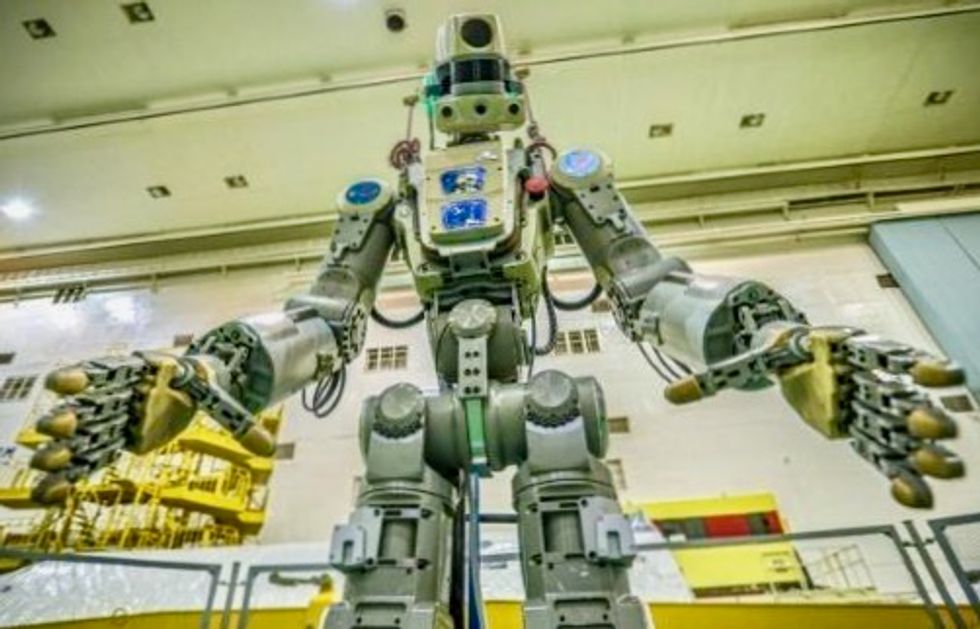 The craft launched a repeat of the docking manoeuvres after the failure of the first attempt, which had been scheduled for 0530 GMT, the agencies said.

Live broadcast of the event on the Russian space agency Roskomos was interrupted with the Soyuz spacecraft about 100 metres (109 yards) off the ISS.

The life-size robot, named Fedor, was to spend 10 days learning to assist astronauts in the space station.

Short for Final Experimental Demonstration Object Research, Fedor is the first ever sent up by Russia.

Fedor blasted off Thursday in a Soyuz MS-14 spacecraft from Russia's Baikonur cosmodrome in Kazakhstan and was to stay on the ISS until September 7.

Soyuz ships are normally manned on such trips, but this time no humans were travelling in order to test a new emergency rescue system.

Instead of cosmonauts, Fedor, also known as Skybot F850, was strapped into a specially adapted pilot's seat, with a small Russian flag in hand.

Fedor has Instagram and Twitter accounts with posts saying it is learning new skills such as opening a bottle of water. It was to trial those manual skills in very low gravity.