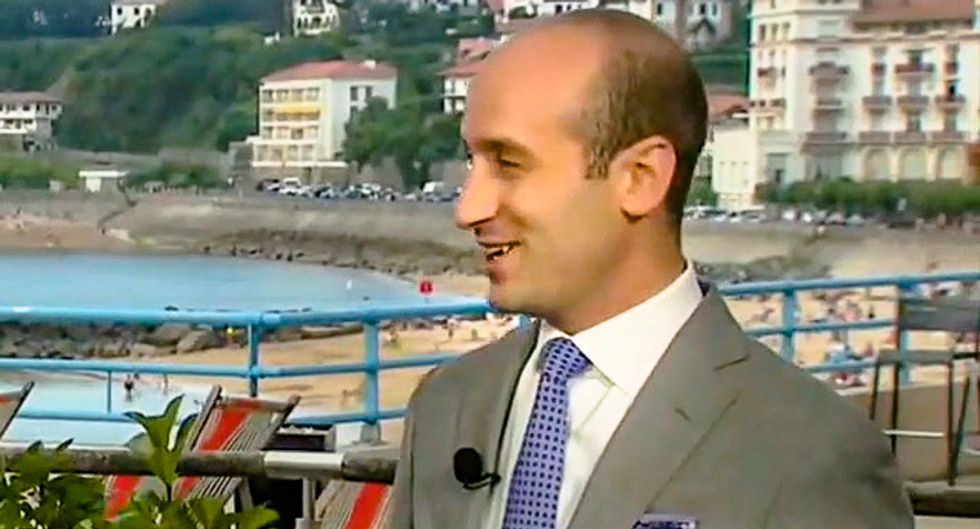 White House aide Stephen Miller insisted on Sunday that migrant children who have been imprisoned by the Trump administration have "psychological damage" that occurred before they were incarcerated.

In an interview on Fox News, correspondent John Roberts spoke to Miller about the detention policy that allows family separations.

Roberts observed that some migrants could be detained for "years" because of the backlog in the immigration system.

Miller disagreed, insisting that migrants could be processed in 40 to 60 days in most cases.

"These housing facilities are extremely carefully appointed to make sure the rights of migrants are protected," Miller said. "And everything you've heard in the media about this is totally 100% false."

"There is a big issue about holding children longterm," Roberts interrupted. "The psychological impact."

"Our president has had the courage to stand up to those criminal organizations," he added, "and the Democrats who are aiding and abetting their business model."

According to the White House aide, "Ending catch and release is the sole humane course of action."

Miller also contended that birthright citizenship is not "enshrined" in the 14th Amendment.

"Most Americans think it's crazy that you can come across the border in your ninth month of pregnancy," he opined. "Many legal scholars believe that [the amendment] doesn't apply if you are here on a temporary basis or here illegally."

In fact, most respected legal scholars say that Constitution does not make any exceptions for birthright citizenship.