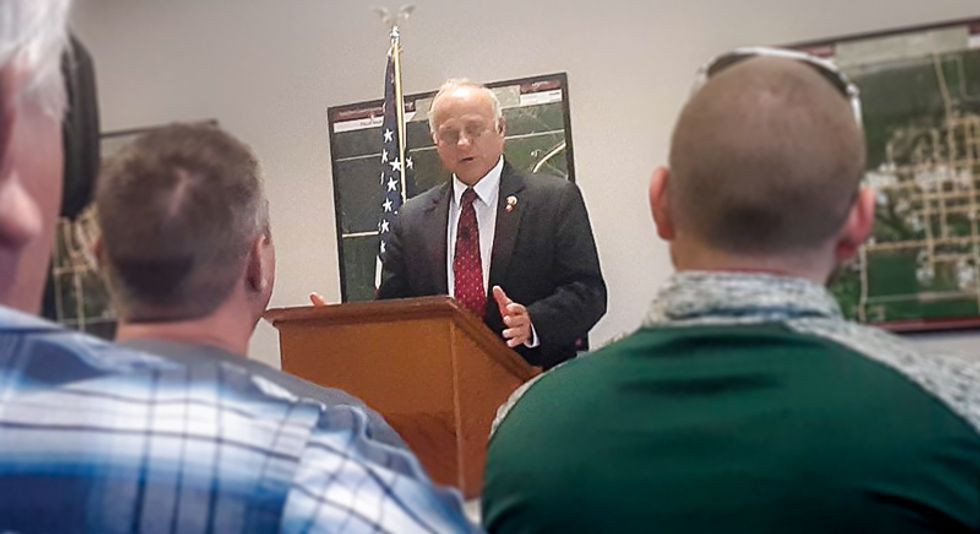 Rep. Steve King (R-IA) may have hit a new low on Tuesday when he joked that Muslims in Chinese concentration camps should be forced to eat pork.

According to Paige Godden of Iowa Starting Line, King made the remarks while speaking at a town hall event.

"Congressman Steve King tries to make a joke about China's alleged treatment of Muslims," Godden reported. "He said the Chinese are sterilizing Muslim women and making them eat pork."

"That's the only part of that I agree with," King reportedly said. "Everyone should eat pork."

In recent months, Republicans have rebuked King for supporting white supremacy and suggesting that rape and incest are necessary for population growth.

King's latest remarks were met with disgust on Twitter.