Straight Pride parade organizer: ‘Pride’ has been stolen by Satan 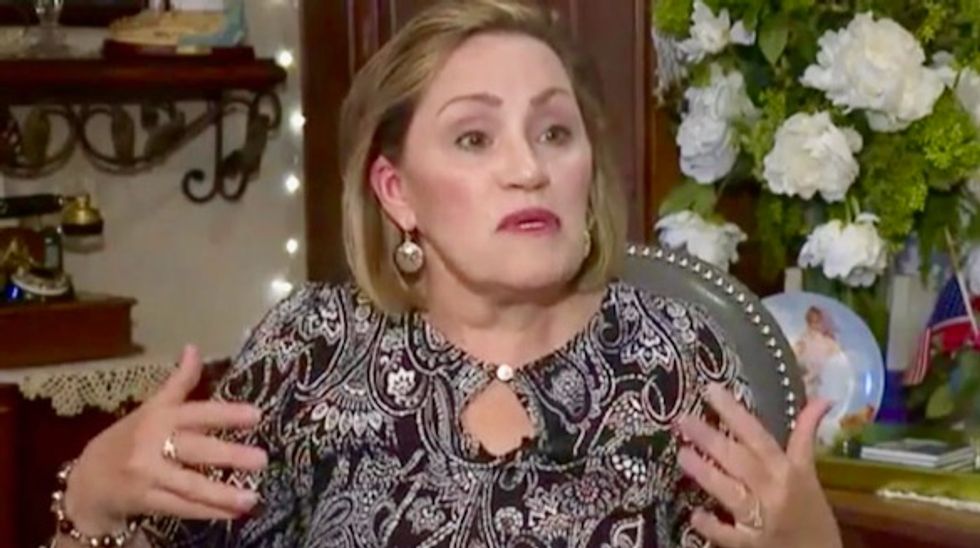 One of the organizers for the upcoming California straight pride parade has been in the news after her adopted son, who is gay, said  the event isn’t “straight pride,” but “hate pride.” Matthew Mason said his mother’s straight pride event is “Dog whistling to white supremacy.”

Mylinda Mason, in an interview with NBC News, denied being a white supremacist, but “confirmed that she has been involved in anti-LGBTQ advocacy for three decades.”

Mason told NBC News she “had experienced watching in the media and the educational system and America declining.”

“I watched the dumbing down, if you will, of my nation, and as a young Christian I was concerned what was going on in our society. So I decided that someone should be involved in these issues, and one day it appeared to me that I’m someone,” Mason said. “I might not be able to take it all on, but I can certainly do a part.”

She says her straight pride parade, slated for August 24 in Modesto, California, will be ” a celebration of all of life.”

(There will be a similar event by a different group in Boston on week later.)

But not all of America, not all Americans, and not all people.

“I think that the word ‘pride’ has been stolen, if you will, or hijacked by the evil one,” she says. “The evil one” is what many right wing Christians call Satan.

“I want to say that we are taking pride in our God almighty, in our creator, and in his order.”