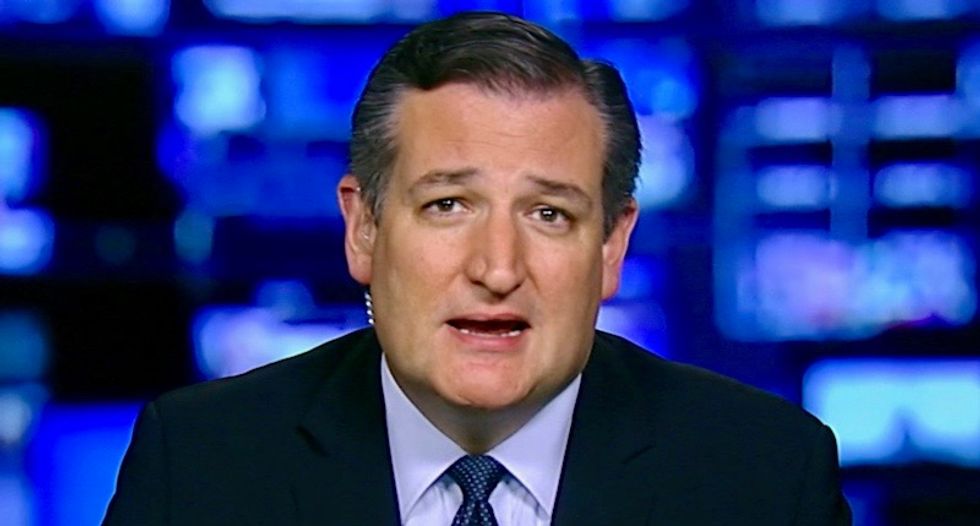 On Wednesday, Gizmodo unearthed a clip from Sen. Ted Cruz (R-TX) when he was running against Donald Trump in the 2016 GOP presidential primary, and one of the tongue-in-cheek warnings he made about the future president was particularly eye-opening.

"I wake up every day and laugh at the latest thing Donald has tweeted, because he's losing it," said Cruz. "But we need a commander in chief, not a Twitterer in chief. We need someone with judgment and the temperament to keep this country safe. I don’t know anyone who would be comfortable with someone who behaves this way having his finger on the button."

"I mean, we're liable to wake up one morning and Donald, if he were president, would have nuked Denmark," Cruz continued. "That's not the temperament of a leader to keep this country safe."

Trump, of course, has not yet declared nuclear war on Denmark. He did, however, beg them to sell him Greenland, and blew off a meeting with the Danish prime minister when she said no.