‘The goal here is to save a life’: MSNBC anchor explains why telling one news story is so important 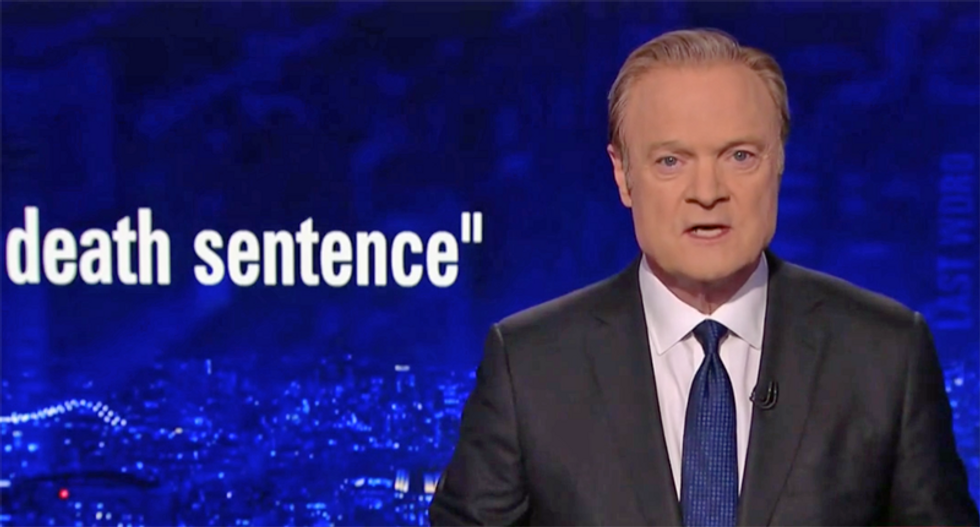 MSNBC anchor Lawrence O'Donnell emotionally reported on a story of life and death on Friday's edition of "The Last Word."

"And we begin tonight where we left off last night with the clock ticking on the death sentence that the Trump Administration has we hope unwittingly imposed on Maria Isabel Bueso," O'Donnell explained. "This is the most important story we discussed last night and it is the most important story we will discuss tonight because a life hangs in the balance. All because of an immigration policy change made by the Trump Administration which has decided to refuse to grant any extensions of permission to stay in the United States for medical treatment."

"Maria Isabel Bueso was 7 years old when she came to the United States from Guatemala at the invitation of doctors who were conducting a clinical trial for the treatment of her rare, disfiguring genetic disease. The trial was short on participants, and thanks to her enrollment, it eventually led the Food and Drug Administration to approve a medication for the condition that has increased survival by more than a decade," The New York Times reported.

"Now 24, Ms. Bueso, who had been told she likely would not live past adolescence, has participated in several medical studies. She has won awards for her advocacy on behalf of people with rare diseases, appearing before lawmakers in Washington and in Sacramento. Over the years, her parents have paid for the treatment that keeps her alive with private medical insurance," the newspaper noted. "But last week, Ms. Bueso received a letter from the United States government that told her she would face deportation if she did not leave the country within 33 days, an order described by her doctor, lawyer and mother as tantamount to a 'death sentence.'”

O'Donnell made a personal plea to those close to Trump.

"I think it’s fair to assume no one in the Trump Administration who participated in this change of policy decision has ever heard of the disease that Isabel struggles with, I certainly have never heard of it. They could not have known that they were sentencing Isabel personally to death with that letter, but after this week's news coverage of the story, many of them do know now," he continued. "We have to try to make sure they all know in the hope that somewhere we will find a sympathetic ear connected to an open heart, someone who can begin to turn this decision around in the days that are left before she’s scheduled to be deported to her death."