'The Trumpification of conservatism': How a new feud exposes the right wing's collapse into the depths of white supremacy 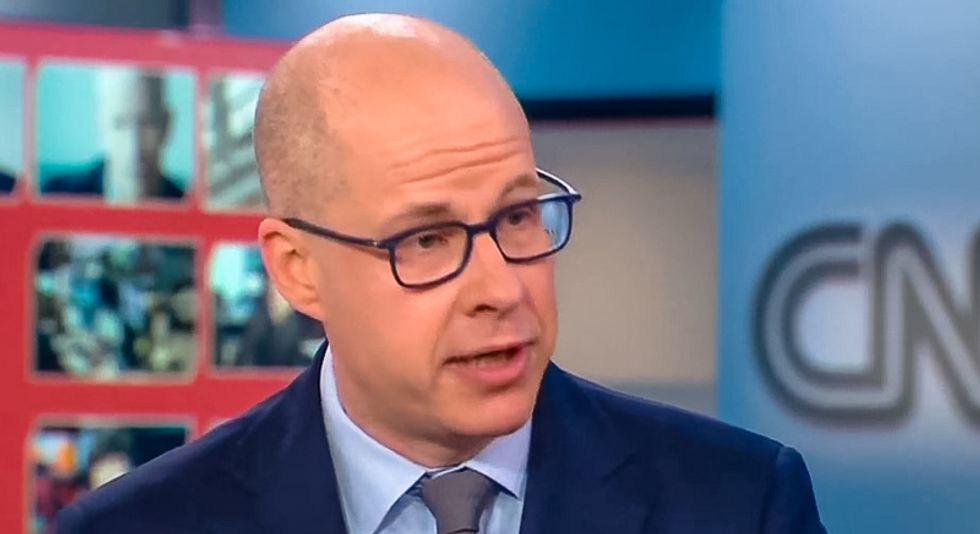 What has become of conservatism under President Donald Trump?

The exact nature of the ideology and the movement has always been up for debate, but at a trivial level, conservatism has always just been whatever influential groups of self-identified conservatives say it is. And despite frequent calls from some corners to decry Trump as not a "true" conservative, the evidence that he has subsumed not only the Republican Party but the ideological movement underpinning it is growing by the day.

And in a new feud between ex-Republican Max Boot and the magazine National Review, observers can glimpse in real-time the merging of the conservative old order and the Trumpist present. It's "the Trumpification of conservatism," as Boot put it.

Boot set the current flare-up in motion with a recent column in the Washington Post about white fragility called: "Get a grip, white people. We’re not the victims."

To be frank, the piece would not have been particularly noteworthy on its own. It's a rather mundane point that writers of color have long emphasized, and that is accepted as conventional wisdom by anyone to the left of Jennifer Rubin. Its thesis was simple: Despite polling that shows a majority of white people believe otherwise, discrimination against people of color in the United States is a much bigger problem than discrimination against white people.

But this rather terrestrial — though important — point set off one National Review writer. John Hirschauer denounced the piece and Boot as fanning "the flames of racial hatred."

It was absurd and overblown.

Perhaps most representative of the piece's tone, Hirschauer wrote of Boot: "Based on your skin color, says the white pundit, you’re either a victim or a villain." Boot said no such thing. His point was simply that, when it comes to racial discrimination, the majority of whites are wrong to think that they are primarily the victims. This does not entail, of course, that they are the villains.

To give Hirshauer a charitable reading, he may be objecting to some of Boot's overly sweeping claims. Hirschauer refers to these as "totalizing racial language." These are some of the key phrases of Boot's that Hirschauer seems to object to:

What it reveals is the sense of outrage that white people feel when they fear they are losing their privileged position to people of color.

White people can be pretty clueless. (I know, I’m one myself.) Get a grip, folks. We’re not the victims here. Thinking that we are is not just wrong. It’s dangerous.

You might say these claims are literally wrong, since surely not all white people feel a sense of outrage when they lose their privileged positions, and surely some white people are the victims in some scenarios.

But the second paragraph quoted here is the conclusion of Boot's piece, meant to be pithy. The first sentence is referring to an incident of white backlash against opposition to racism in South African. Picking on these sentences for perhaps not being literally true shows exactly the kind of oversensitivity on Hirshauer's part that Boot is warning about.

That's not the worst of it. Hirschauer claimed:

Boot sets up a Faustian choice for “white” readers: Side with the white supremacists and their detestable program, or sell your political soul to Max Boot and become one of the self-loathing whites so paralyzed by intersectional deference that they can hardly advance an argument without first reciting that neutered prelude: “As a straight, white, cisgender man with privilege, I . . .”

Again, there's no indication in Boot's piece that he hates whites. The idea of the "self-loathing white" is, in fact, a white supremacist trope. Boot responded:

In 2016, a group of white supremacists led by Richard Spencer got into a scuffle in the District after one of them accused an anti-racism protester of being a “self-hating white person.” These bigots routinely label any white person who offends their racist sensibilities a “race traitor.” I have gotten used to this kind of invective from white supremacists online. I did not expect to get it from a magazine that has defined mainstream conservatism for more than 60 years.

Hirschauer has tried to defend his argument. In a new piece, he denied spouting white supremacist talking points and condemned the ideology as "a sin." He continued:

My point in the self-loathing comment: If Boot is really condemning all white people — and his piece often leaves out any qualifier and talks directly to the unmodified mass of “white people” — then he, as he admits, is part of this all-encompassing category he finds worthy of such rank condemnation (as are Bernie Sanders, Rob Reiner, Howard Dean, etc.).

But once more, Hirschauer is misrepresenting Boot's piece. Boot never once condemned "all white people," and it's hyperbolic overreaction to believe that he did. Hirschauer even deceptively provides a partial quote of Boot's claim referring fear of losing privilege to people of color, falsely asserting that the claim was categorical. It wasn't. Hirschauer also said: "In the world of Max Boot’s creation, there is only Max Boot’s policy preferences on the one hand, and white nationalism on the other." But this too is false; Boot's arguments haven't been about policy at all, they're about the attitudes white people have toward people of color. And it's this discussion that seems to have set Hirschauer off.

All of this wouldn't matter that much, of course, except for what it reveals about American conservatism. Boot noted that Hirschauer's article was defended by Rich Lowry, National Review's editor.

Boot said it was "alarming" and "telling" that the article was published by the outlet at all. And he pointed out that the magazine has in recent years often defended Trump from accurate accusations of racism and promoted the president's views on immigration.

"This is, sadly, a return to the roots of a magazine that defended Jim Crow in the 1950s (and even the early 1960s) and South Africa’s apartheid regime until its dissolution in 1994," Boot wrote. "I take no pleasure in writing these words. I am heartbroken to see that it is not just the Republican Party that has become Trumpified but much of the American right — including a magazine I once revered."

Boot doesn't really square the fact that he "once revered" the magazine with its obviously racist past. And it's also accurate to argue, as many have, that American conservatism itself has inextricably linked to racism and white supremacy. But movements ebb and flow, and there was legitimate resistance to Trump — at points — within the conservative movement and indeed in National Review, in part because of his outright bigotry.

That resistance has almost entirely faded. That National Review is now unabashedly employing white supremacist tropes to attack an ex-Republicans denunciation of racism is just more evidence of that.