'They violated me': Cops search black pregnant woman for gun after Target reports her over coupon dispute 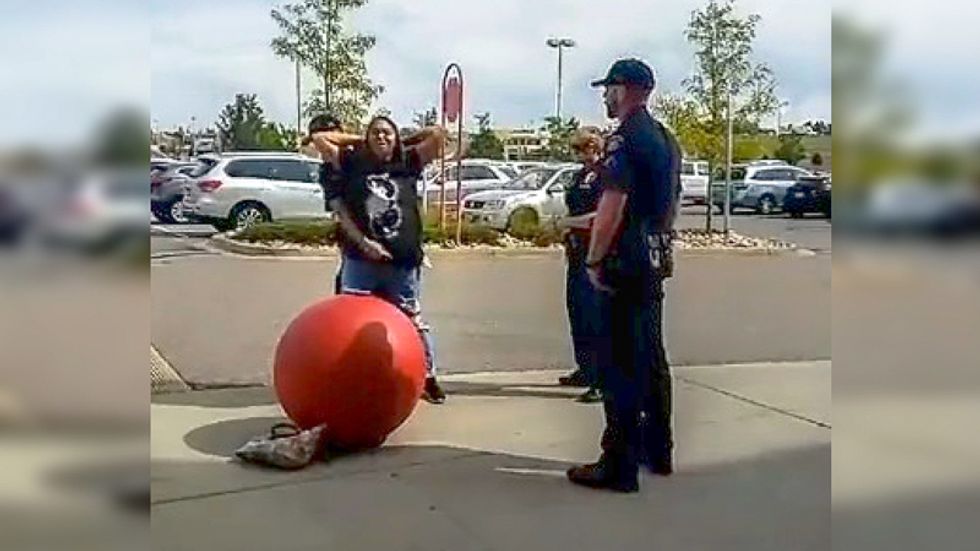 A pregnant Colorado woman said that she was abused by police after she had a disagreement with Target employees about a coupon.

Jazzmin Downs told KUSA that the incident occurred when she tried to use a coupon that she had printed out online. After the clerk refused, Downs asked to speak to the manager but she was told to leave the store.

The pregnant shopper demanded to know why she was being denied service, the manager called security and the Aurora Police Department.

Downs, who is black, walked outside to call Target's corporate offices when a police officer showed up. At first she said he joked with her about needing coupons for dog food, but his attitude changed after he spoke with Target employees.

Downs said four more officers showed up while the first officer was inside talking to the manager.

“I was still explaining to them what was going on and then he yelled at me stating get my hand out of my pocket and I look at him confused," she recalled. "When I took my hand out of my pocket, I took the lining with me to show him there was nothing in my pocket, and I put my hand up. Well that wasn’t obviously good enough for him and he yelled that they had to search for a gun."

In video shared on social media, officers can be seen forcefully searching Downs. She accused them of squeezing her stomach area.

One officer told Downs that she had no idea why they were called to the Target in the first place.

"We just came here; we have no idea what had happened," the officer reportedly said.

A Target spokesperson accused Downs of being "angry and aggressive." For their part, the Aurora police have said that they did nothing wrong.