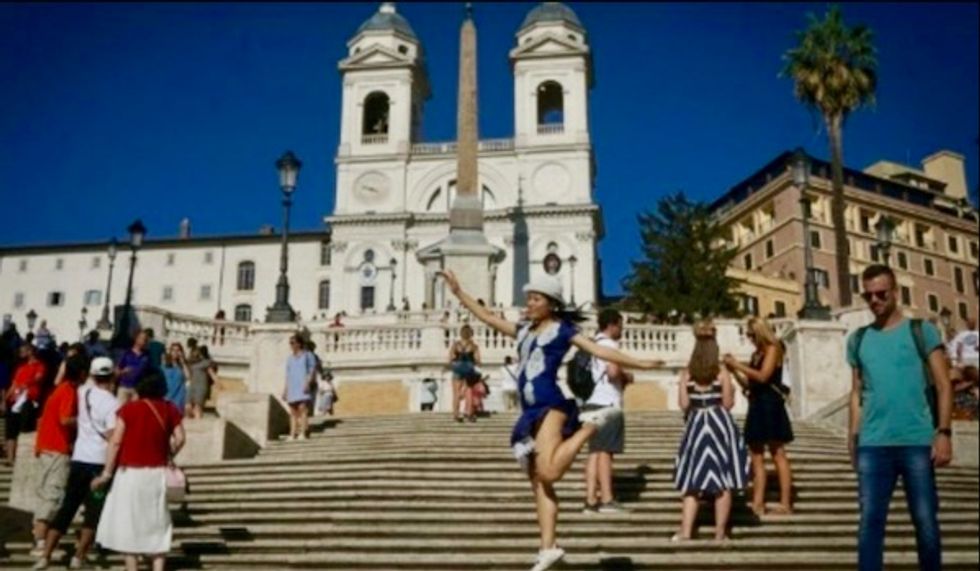 Tourists to the Eternal City will no longer be able to catch their breath on the Spanish Steps, after Rome banned people from sitting on the famous monument.

Police could be seen blowing whistles to order people up and off the Steps in the historic centre on Tuesday, an AFP photographer reported.

The marble steps, one of the architectural jewels of the Italian capital, have long been a place for weary sightseers to stop and watch the world go by -- while possibly scoffing down a quick sandwich or slurping a milkshake.

But in an attempt to crack down on slovenly behaviour, the council issued new rules earlier this summer banning all "camping out" or "sitting" on historic monuments, including the Steps and the "boat" fountain at its feet.

Transgressors could be slapped with a fine of up to 400 euros ($448) for everything from sitting, to going shirtless, bathing in fountains and dragging wheeled suitcases down historic steps.

The landmark, made famous in the United States by the 1953 film "Roman Holiday" starring Audrey Hepburn and Gregory Peck, underwent a 1.5-million-euro renovation in 2016 financed by upmarket jeweller Bulgari.

The marble had been discoloured by years of pollution but also caked in chewing gum and stained by wine and coffee spills.

The Steps, designed by architect Francesco de Sanctis between 1723 and 1726 and dominated by the Trinita dei Monti church at the top, are a UNESCO site.

Last month, two German tourists were fined 950 euros for making themselves a coffee on the steps of the famous Rialto bridge in Venice and asked to leave the city.