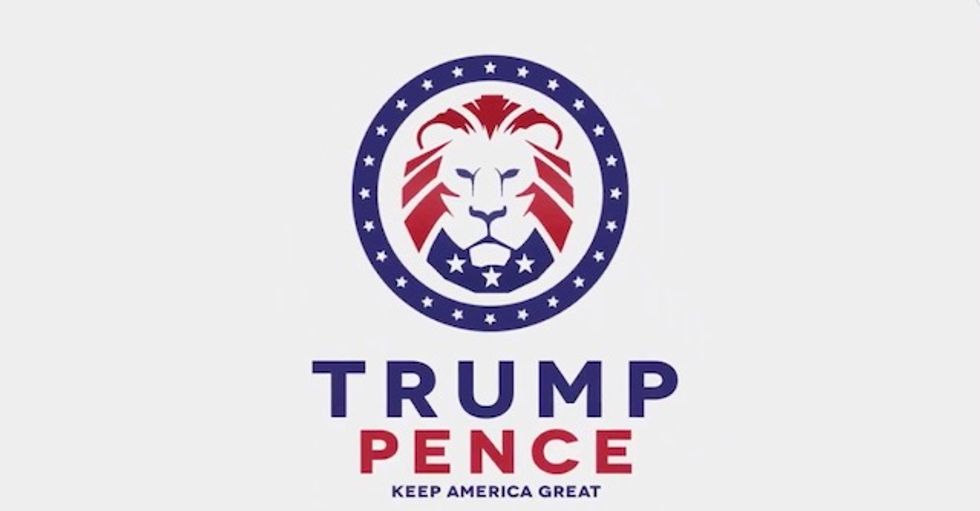 A Trump Pence 2020 logo that appears at the end of a video posted by President Donald Trump's Twitter account Wednesday appears to be the exact same logo used by a pro-Trump Dutch Twitter account that has promoted white supremacism, according to a report at Mediaite. That group's Twitter account was at some point suspended.

But there are more links between the Trump campaign and the white supremacists group. Their name, "Lion Guard," appears to have come from a tweet – quoting fascist dictator Benito Mussolini – posted by none other than candidate Donald Trump in 2016. In case there were any question, he even uses the Twitter handle of the account he obtained the quote from. It's based on Mussolini's nickname, Il Duce.

"The use of the same logo appears to have been first reported by former Snopes Managing Editor Brooke Binkowski, who revealed the similarity via a series of tweets," Mediaite notes:

Mediaite does not note this in their reporting but there is a watermark on the video Trump posted that reads: "@som3thingwicked." That is the name of a Twitter account that says it is a "CONTENT CREATOR" (in all-caps.) Trump's social media director Dan Scavino follows that account.

This is not the first time Trump has looted a logo. The coat of arms for Mar-a-Lago and Trump's other golf courses was swiped from a former ambassador to the Soviet Union.

And this, of course, is far from the first time Trump has been caught cozying up to white supremacists.