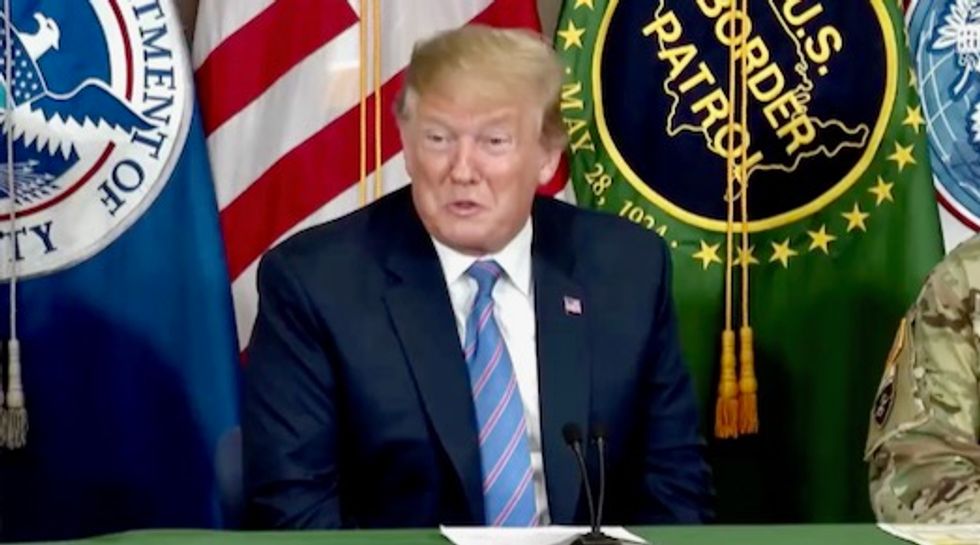 In a major change from prior administrations President Donald Trump's Customs and Border Protection (CBP) officials and Immigration and Customs Enforcement (ICE) officials want to extract and test the DNA of every single undocumented person in their custody, regardless of age. Civil rights organizations often oppose the capture of DNA for those who have not been charged or convicted of a crime.

CBP and possibly ICE could spend at minimum 20,000 hours each year to capture and test the DNA of undocumented immigrants in their custody.

A Dept. of Homeland Security official tells Buzzfeed News, which first reported the story, that DHS "is working closely with the Department of Justice on a path forward for DNA collection."

That official cited studies that found about one in eight to one in five children did not have a DNA match to one or more of the adults accompanying them. The official did not offer any reasons for what they termed "fraudulent" family units. Some reasons could include, however, death or incarceration of a parent, the child being adopted, or even errors on the part of DHS extraction and/or testing, to name a few.

Buzzfeed notes that Obama-era DHS Secretary Janet Napolitano narrowed a law's "exemption, saying people who were not detained on criminal charges and those who were awaiting deportation proceedings would not be DNA tested."

The Trump administration's DHS wants to entirely remove the exemption, testing every person in its custody.

“It would, for the first time in this context, treat undocumented immigrants more like criminals in that DNA testing of this type is used only in a pure criminal context,” Jonathan Meyer, a former deputy general counsel at DHS told Buzzfeed. “DNA testing is considered one of the more invasive actions that the government can take. You are obtaining a physical substance from a person’s body, with the potential to learn an almost infinite amount of information about the person.”

Civil liberties groups have historically been widely opposed to collection of DNA, especially when no crime has been committed.

“DNA collection programs allow the government to obtain sensitive and private information on a person without any precursor level of suspicion and without showing that the data collected is tied to a specific crime,” wrote the Electronic Frontier Foundation in a statement on federal DNA collection. Federal law enforcement agencies like the FBI generally take DNA samples from arrestees.