Trump bashed for babbling about the weather during G7 appearance with France's Macron: 'Out of his depth' 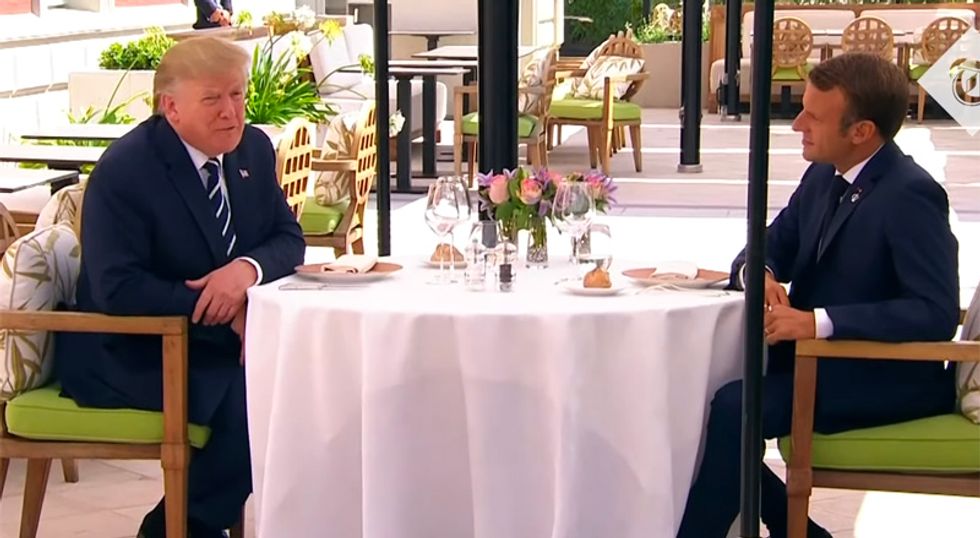 On MSNBC's "Up with David Gura," Princeton University African American studies professor Eddie Glaude harshly criticized President Donald Trump for his inability to discuss world issues at the G7 summit, saying that not only is he unprepared for diplomatic negotiations, he doesn't even understand how alliances work in general.

"Eddie, let's talk about the definitional evolution we've seen of that term, 'allies,'" said Gura. "How much of alliance has changed as a result of President Trump's role on the world stage ... How is our notion of what an ally is and what an alliance is changed?"

"I think the frame of alliance has changed," said Glaude. "For Donald Trump, it's always a zero-sum game. It's always a matter of winners and losers, not a matter of friends and enemies. It's what have you done for me lately."

"To the extent that's true, the notion of alliance that emerged out of the post-World War II era, that brought this era of 'peace,' has somewhat been tossed to the side," added Glaude. "When you combine that with utter ignorance, I mean the wall of quotations you put there — I mean, let's just be clear. That was a collection of stupidity."

"Let me add this, too, when you saw the lunch, Macron laid out his agenda and Trump is talking about the weather," said Glaude. "He's completely out of his depth. The way he approaches the notion of alliance, this is bound up by zero-sum game, which leads us to the conclusion that he's destroying, in some ways, the post-World War II era."