Trump biographer says the president views his supporters as expendable: He would 'throw one of his children under the bus' 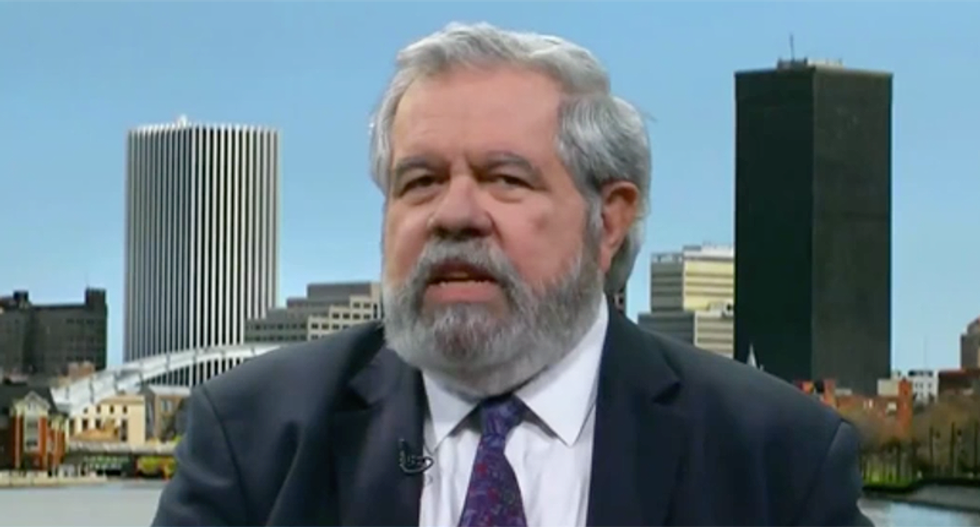 On Saturday's edition of MSNBC's "AM Joy," Pulitzer Prize-winning Trump biographer David Cay Johnston explored how President Donald Trump is not truly as loyal to his base as he appears — and how they are getting robbed blind by the GOP's policies.

"Coal workers ... have been among the president's strongest supporters, but their pensions remain at risk as industry barons thrive, and Mitch McConnell, he comes also from coal country, isn't helping get their pensions right," said host Joy Reid. "They don't care if these workers don't get pensions, if they don't get health care, if they take Obamacare from them, if they die of black lung. Where is the disconnect? Why don't these people notice that these guys are only helping their bosses and not them?"

"Well, because, you know, there's a class of people in America, you and I and most of the audience here are part of, where we think of ourselves as citizens," said Johnston. "That is how we define our existence. A lot of people who perfectly reasonable don't define themselves that way, they don't pay close attention and all of these regulations that are designed to protect pensions, even though in many cases they don't, to protect the environment, which we've done generally better on until Trump, those are designed not to be understood by mere mortals. They are written in complex language, they involve subtle issues that require a lot of deep knowledge to appreciate, and Donald Trump is not part of the citizen classification in America. He is someone who thinks about himself entirely in terms of money and adulation."

"Is Donald Trump — when he came into the presidency, there was a lot of doubt, including in the research that I did, in determining how rich he really was," said Reid. "Obviously he's getting richer being president. You've covered him for a lot of time. When he says he loves the farmers and coal workers and love the people who are his base, when the rich is really his base, does he have emotional attachment at all?"

"Donald is about Donald," said Johnston flatly. "If push comes to shove, Donald will throw one of his children under the bus if he needs. To him, relationships are transactional. He loved Gen. Mattis until he didn't. Anybody that thinks Donald cares about him has not paid attention to who the man is."