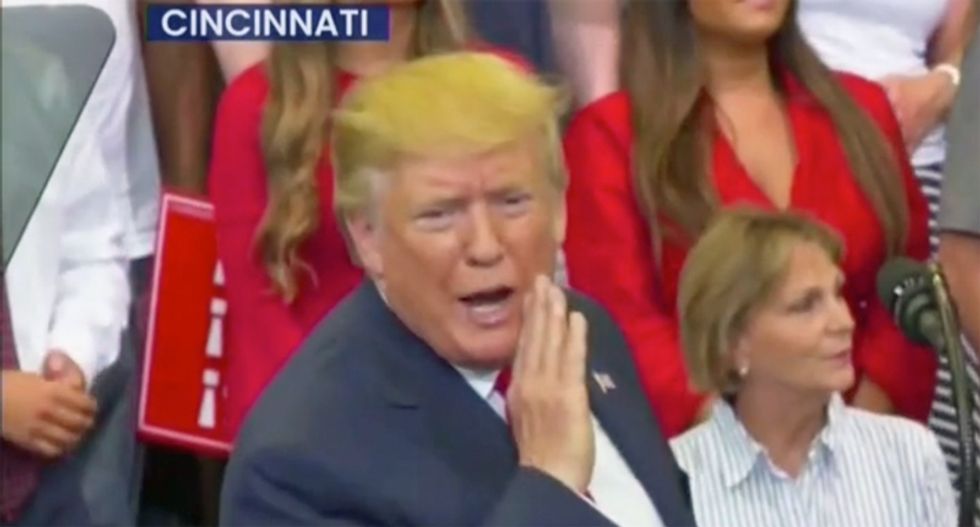 President Donald Trump blamed the city of Cincinnati on Thursday after protesters interrupted his campaign rally.

Trump was complaining about inner cities in America and immigrants when two protesters interrupted his speech with "Immigrants built America" signs.

Trump attacked the city for having a "Democrat mayor" and complained about officials not allowing his campaign to violate the fire code.

After the interruption, Trump argued that Afghanistan has a lower homicide rate than Baltimore.