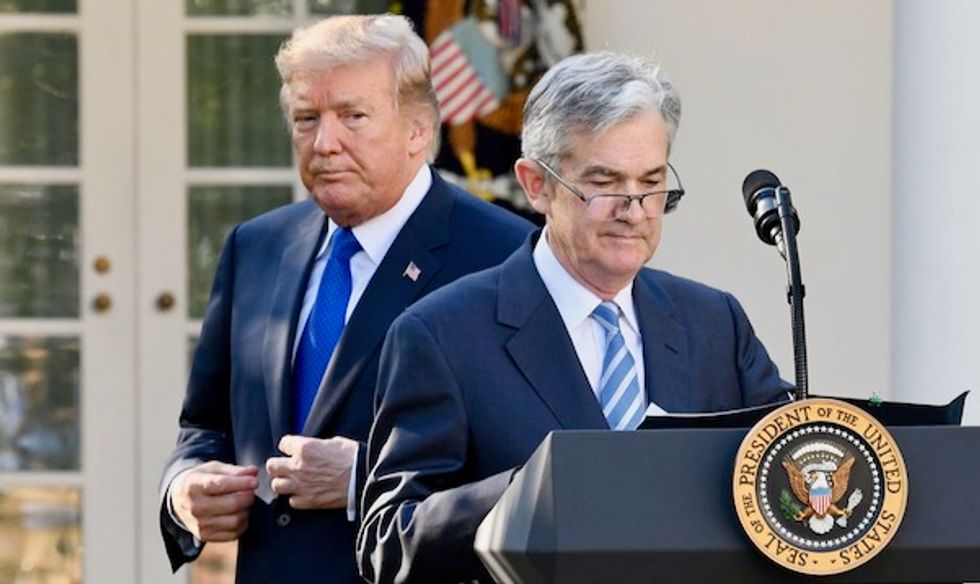 President Donald Trump resumed his attacks on Federal Reserve Chair Jerome Powell on Wednesday, blaming him for keeping the economy from growing much faster.

In yet another Twitter screed, Trump said, "The only problem we have is Jay Powell and the Fed. He's like a golfer who can't putt, has no touch."

Trump appointed Powell to his position, but repeatedly excoriated him for raising the key interest rate too quickly last year. He has called on the Fed to reverse all of those moves, cutting the rate by a full point, to help the economy and weaken the US dollar.

"Big U.S. growth if he does the right thing, BIG CUT - but don't count on him! So far he has called it wrong, and only let us down," he tweeted.

"Yesterday, 'highest Dollar in U.S.History.' No inflation. Wake up Federal Reserve. Such growth potential, almost like never before!"

However, the International Monetary Fund in an unusually blunt blog post, said Trump's tariffs and calls for lower interest rates to weaken the dollar won't work and could slow the global economy.

The authors warned that "one should not put too much stock in the view that easing monetary policy can weaken a country's currency enough to bring a lasting improvement in its trade balance."

"Monetary policy alone is unlikely to induce the large and persistent devaluations that are needed to bring that result ... especially within a 12-month period," they said.

With the US presidential election coming in November 2020, Trump is especially focused on the next 12 months, and while he has said no recession is in the cards, he continues to call for more stimulus.

"....WHERE IS THE FEDERAL RESERVE?" the US president tweeted.