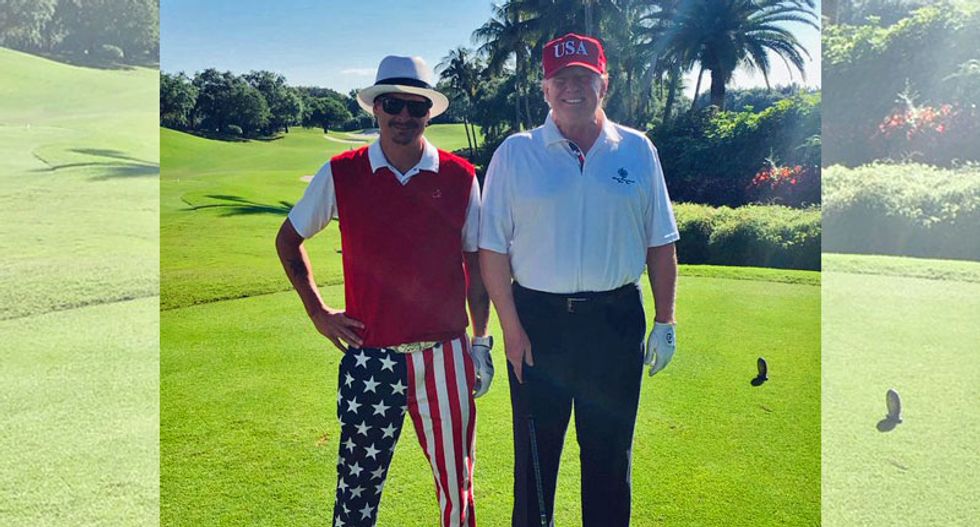 "Donald Trump’s presidential golf costs have topped $110 million in his 2 1/2 years in office – more than $4 million more than a conservative group’s estimate for predecessor Barack Obama’s total travel costs over two full terms," the Huffington Post reported Friday. "Trump arrived at his golf club in Bedminster, New Jersey, Friday evening and is scheduled to remain there through Sunday afternoon. It is his 18th golf trip there since taking office. Sunday will mark his 67th day at that course and his 199th day at a golf course he owns."

Trump has no public events scheduled for either day of his vacation.

During the Obama administration, Trump frequently criticized his predecessor for golfing.

Here's some of what he said:

President Obama has a major meeting on the N.Y.C. Ebola outbreak, with people flying in from all over the country, but decided to play golf!
— Donald J. Trump (@Donald J. Trump) 1414122849.0

Can you believe that,with all of the problems and difficulties facing the U.S., President Obama spent the day playing golf.Worse than Carter
— Donald J. Trump (@Donald J. Trump) 1413245031.0

Obama should play golf with Republicans & opponents rather than his small group of friends. That way maybe the terrible gridlock would end.
— Donald J. Trump (@Donald J. Trump) 1348063307.0