Trump has been ‘insulated’ by his wealth to never have to learn from his mistakes: biographer 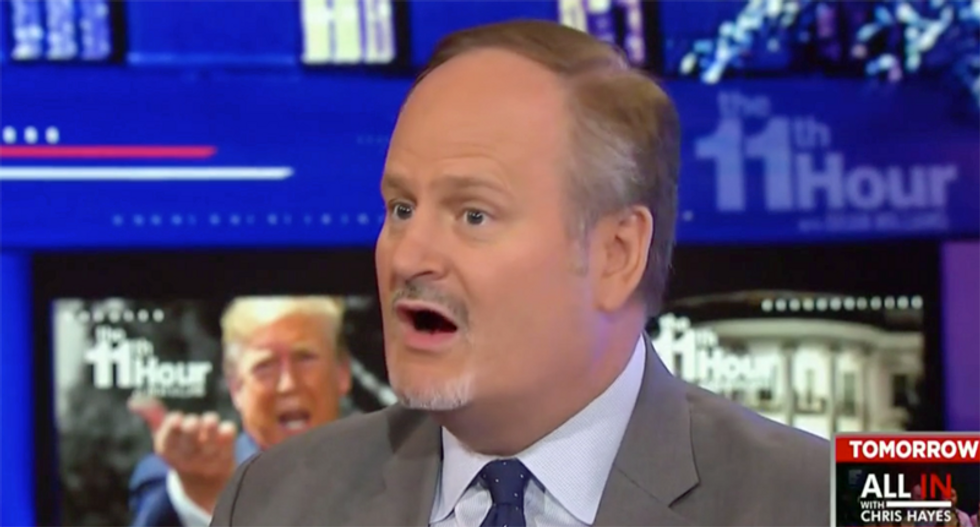 "Bloomberg Opinion writer and our next guest Tim O’Brien writes today, 'Yes, of course, you need a certain kind of appalling narcissism to be comfy promoting yourself as heaven-sent in a televised press briefing and as a deity on Twitter. It’s doubly unhinged when you’re doing this as president,'" Williams said. "He goes on 'The Trump of the past few weeks is the same disordered figure of the past several decades with, I suspect, a big dollop of something new blended in: unbridled and unmanageable panic.'"

"That perceived panic may be presidential fear of an economic slowdown in the middle of an election cycle that you may have heard about," Williams noted.

For analysis, Williams interviewed Tim O'Brien, author of the 2005 book TrumpNation: The Art of Being the Donald.

"It’s always risky to say New Yorkers know something that the rest of the country doesn’t, but New Yorkers know who Donald Trump is," O'Brien argued. "And anybody who’s been in New York since the 1970s is very familiar with how Donald Trump rolls: free association, self-aggrandizement, self-preservation, nonlinear thinking, he's a force of nature, the media spotlight. None of this is a surprise."

"And I think he's a profoundly disordered thinker," O'Brien continued. "He’s been insulated I think by wealth and celebrity from having to learn from his mistakes over the years. And he’s just sort of perpetuated the same schtick."

"I think when he looked up at the heavens and said he’s The Chosen One he’s looking at his evangelical base. I don’t think he’s under any illusion he’s the second coming, but I think he knows it’s a useful political tool. And why is he playing on that particular string? Because he’s worried, he’s down in the polls, the federal deficit is soaring. Most of the weakness in the economy now is trade induced, of his own making, he can’t blame it on the Fed," O'Brien concluded.