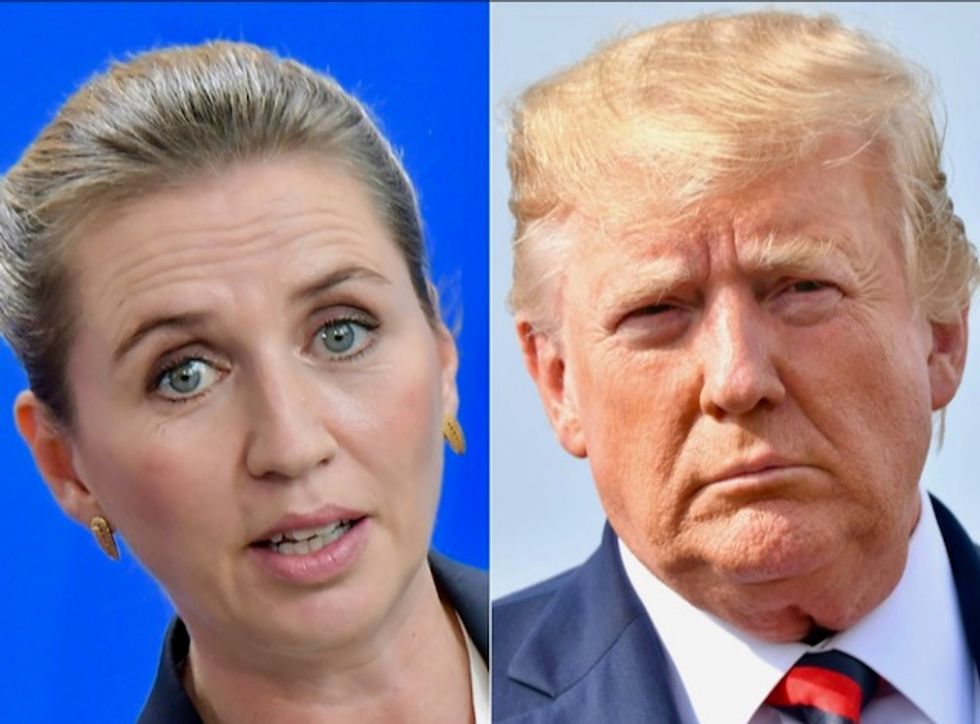 President Donald Trump has postponed a meeting with Danish PM Mette Frederiksen because she does not want to sell Greenland to the United States AFP / Tobias SCHWARZ, Nicholas Kamm

President Donald Trump heaped praise on Denmark's prime minister Friday, two days after he cancelled his state visit to the country and slammed her for dismissing his idea of buying Greenland as absurd.

The US leader said he got a call from Prime Minister Mette Frederiksen, who he had previously called "nasty" when she rejected his idea of buying Greenland in the latest spat involving Trump and a traditional US ally.

But on Friday he appeared to reverse course, calling her "a wonderful woman."

"We had a great conversation," Trump told reporters as he prepared to leave for the G7 summit in France.

"We have a very good relationship with Denmark, and we agreed to speak later. But she was very nice. She put a call in, and I appreciated it very much," Trump said.

The row had earlier prompted Trump to call off plans to visit Copenhagen next month after Frederiksen said Greenland, an autonomous region of Denmark, was not for sale.

Frederiksen said she was both annoyed and surprised that Trump cancelled the visit.

But, she added, "Denmark and the US are not in crisis, the US is one of our closest allies" and the invitation to visit was still open.

In his remarks late Friday Trump said nothing about resurrecting the trip.