Trump is the end result of 40 years of right-wing radio hate-mongering: media expert 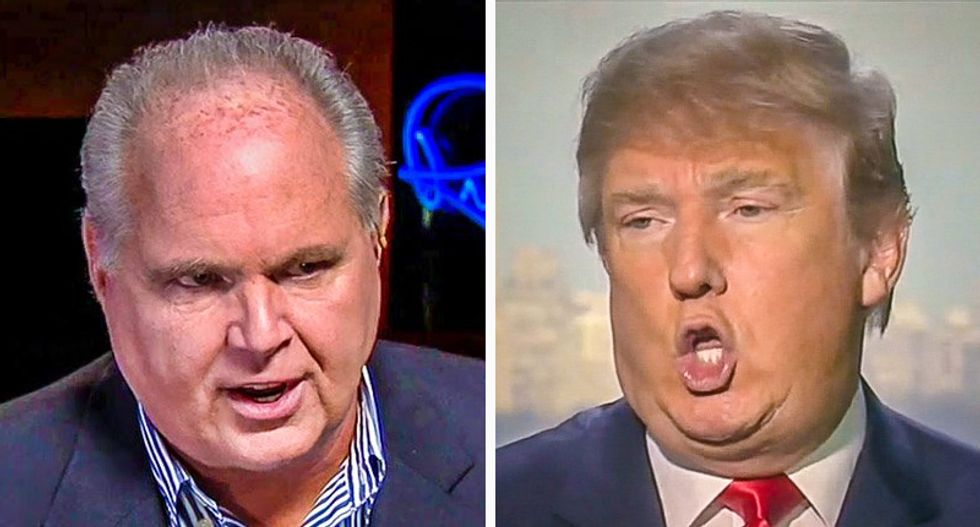 "You said it was not the ride down the escalator, but actually August 1, 1980," said Smerconish. "How come?"

"That’s the day that Rush Limbaugh takes to the radio," said Rosenwald. "And people tune in, what they hear every day is calls for action. It doesn’t make for good radio to say, hey, nuance, compromise, that stuff is boring. But fighting, that’s good radio. And Donald Trump captured that."

Limbaugh, Rosenwald said, "was simply giving voice to the bedrock conservative sentiments that he had grown up with or that his audience had. That doesn’t mean he didn’t shine the spotlight on issues that his audience might have obviously heard. It didn’t mean that he didn’t shape expectations for what it was for Republicans. But it wasn’t like he was a puppet master who directed his audience to believe things. His audience already believed them."

"There’s this mindset out there ... that the whole landscape was controlled by those eager to spread wisdom or ideology," said Smerconish. "What was the motivation."

"The motivation was to charge advertising rates which is how can we make the most money," said Rosenwald. "What’s the best, most engaging show that we can put on every single day? And that didn’t always work with what Republicans wanted to do. At times, Republicans would say, hey, this is the best deal we can cut. And talk radio would say, no, stand up and fight for us. Fight for our values. They’re rolling over again. For the mainstream media, the Democrats, that’s all they do, they just roll over. And that’s the sentiment that helps give us Donald Trump."

"They were frustrated by both Bushes. They were frustrated by John Boehner and Paul Ryan," said Rosenwald. "These guys made promises and they got to the campaign trail and they didn’t actually deliver. The reason they didn’t deliver, the whole country wasn’t with them. We have a lot of checkpoints and veto points in our government. But that’s not what the folks heard on the airwaves. They heard frustration. They heard anger. They were afraid, hosts were saying, just to pick one issue, immigration, they were saying this is going to destroy the fabric of America. And the end result was they were looking for someone like Donald Trump. Someone who sounded like their favorite host. Someone who the most important thing was punching back against the liberal elite. Not just people on television, but in the democratic parties. And Donald Trump gave them that."