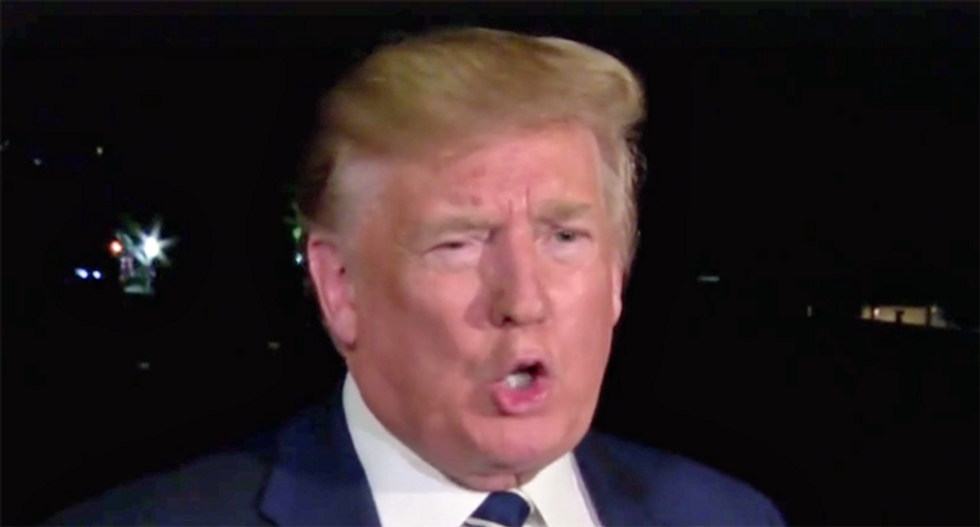 President Donald Trump was caught repeating inaccurate claims when he spoke to reporters before boarding Marine One for his trip to France for the G7 Summit.

"I think our tariffs are very good for us. We're taking in tens of billions of dollars, China is paying for it," Trump argued.

In reality, China is not paying for the tariffs, which are paid by American importers and passed on to consumers, making the announcement a massive tax increase on Americans.

"Our tariffs are working out very well for us, people don't understand that yet," Trump argued.