Trump may look unstable now — but the economy is going to make him much worse: CNN’s April Ryan 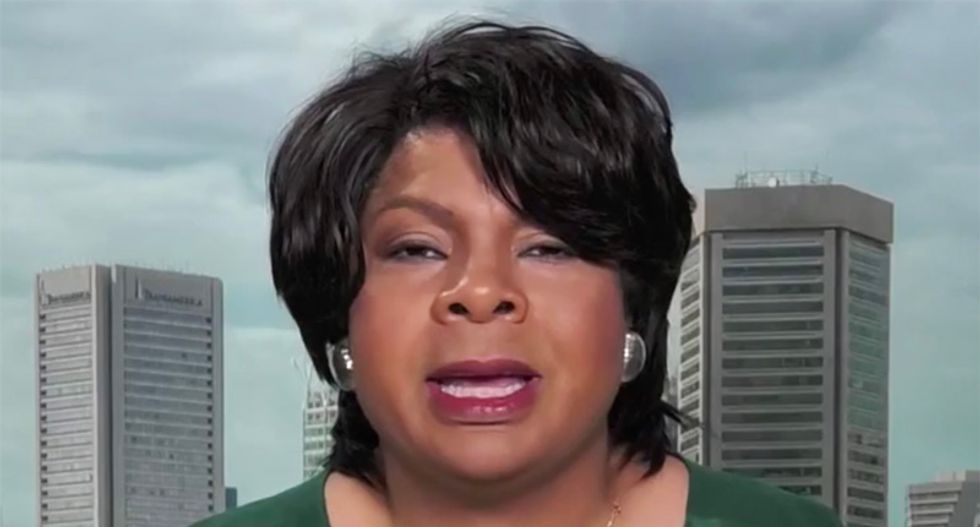 On Thursday's edition of CNN's "OutFront," analyst and American Urban Radio Network Washington bureau chief April Ryan walked through how President Donald Trump backed himself into a corner by trying to build his brand on a great economy — and is coming to pieces as a result.

"April, what are you hearing? Is the economy causing the president's erratic behavior?" asked anchor Kate Bolduan.

"Yes, yes, and yes," said Ryan. "This president has been touting a great economy, and this is the cornerstone since I guess since the very beginning of his administration for people to feel that he should win re-election, that he is firmly planted for the American public and he's working for them," said Ryan. "But indicators, non-traditional indicators, are saying something different. He is having a hard time trying to marry the great economy with what it looks like for the American public, particularly the grassroots."

"And you know, I heard from a member of Congress, when they come back September 9th, they were dealing with the issue of the economy. Something the president doesn't want to deal with, especially as they highlight the fact that there is a deficit that is expected to be a trillion dollars by the end of the fiscal year," continued April. "Also the fact that they want to find ways to pay for things now pan reduce the tax credit. And other things and deal with trade. Particularly the tariffs to try to help fix, correct, this economy before it gets out of control."

"So the president is erratic now, but come September 9th, when they focus on the economy, he might get worse than now," added Ryan.