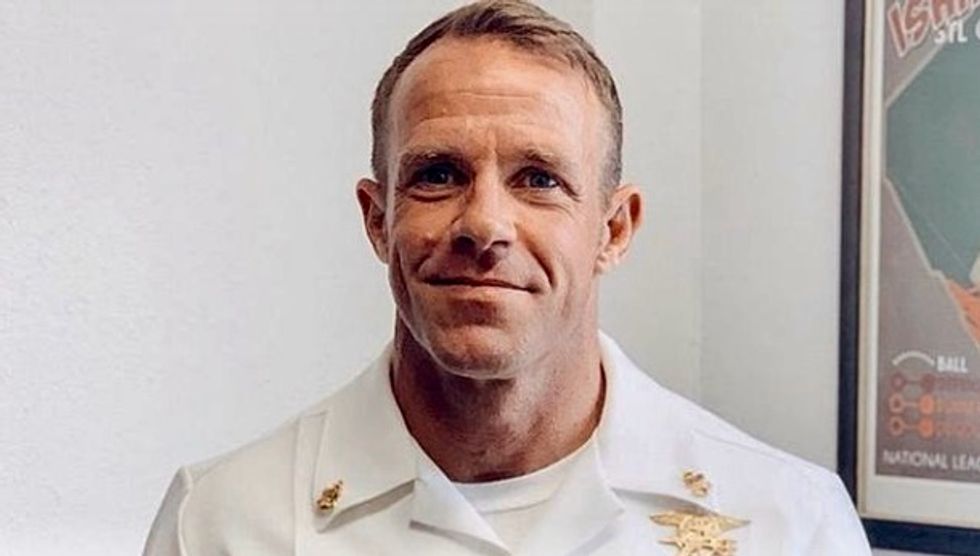 President Donald Trump has been an outspoken defender of Special Operations Chief Edward Gallagher, the Navy SEAL who was prosecuted for murder for allegedly killing a captured prisoner of war and ISIS fighter in Iraq. Gallagher was acquitted in July, and officials for the U.S. Navy announced on Wednesday that military prosecutors in the case would be losing the achievement medals they had received.

Trump, earlier on Wednesday, had tweeted that he directed the secretary of the U.S. Navy and the naval operations chief to “immediately withdraw and rescind” the Navy Achievement Medal from those prosecutors. Cdr. Jereal Dorsey, a U.S. Navy spokesman, said that Navy Secretary Richard Spencer had rescinded the awards and that he had the authority to do so.

But David Lapan, a retired U.S. Marines colonel and former Pentagon spokesman, was highly critical of the action — describing it as “ludicrous” and an example of the “further politicization of our military.”

The Prosecutors who lost the case against SEAL Eddie Gallagher (who I released from solitary confinement so he coul… https://t.co/hW4qgEv2mC
— Donald J. Trump (@Donald J. Trump)1564603102.0

The prosecutors received their Navy Achievement Medal awards in July.

Trump has insisted that Gallagher never should have been prosecuted, but that view is hardly universal. Gallagher’s critics alleged that he killed the prisoner and member of the terrorist group ISIS (Islamic State, Iraq and Syria) as an act of vigilante justice. Gallagher, they alleged, did not act in self-defense, but rather, became a vigilante and appointed himself judge, jury and executioner.